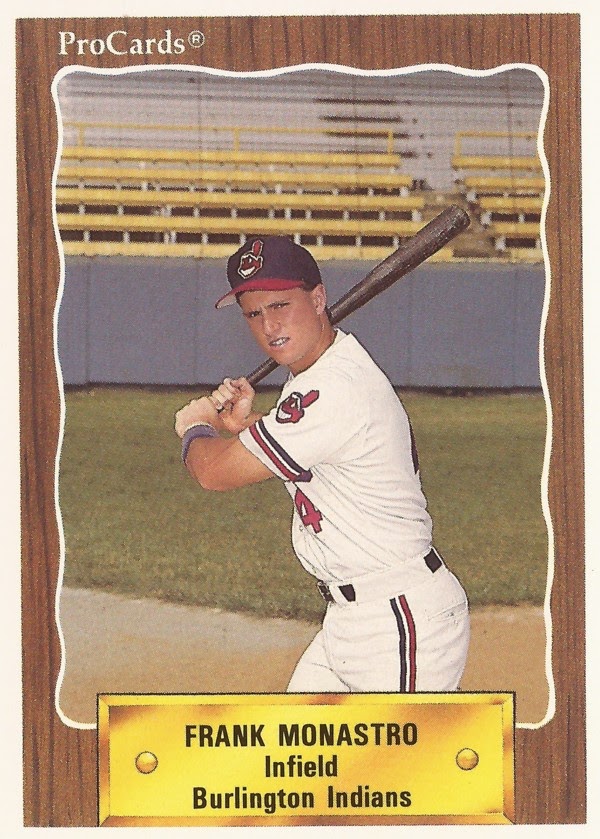 Frank Monastero made the Perkiomen Valley Twilight League’s Hall of Fame and he did it with the the guys he played with a long time, according to The Norristown Times Herald.

Monastero was being recognized for his decade with the league's Norristown A's, time that included seven championships.

"It's an honor to be in the Hall of Fame," Monastero told The Times Herald, "but to be going in with my closest buddies is an even bigger thrill."

Monastero went on to have those successful seasons in the twilight league after a professional career that spanned a single season, injury helping to cut his career short.

Monastero's career began in 1990, taken by the Indians in the 59th round of the draft out of West Chester University in Pennsylvania. Monastero's name has also been spelled Frank Monastro.

With the Indians, Monastero played in the rookie Gulf Coast League and at rookie Burlington. Between them, he got into 43 games and hit .236. It was his only season as a pro.

It was a knee injury that led to the end of his time with the Indians, according to The South Florida Sun-Sentinel. He tried a comeback in February 1992 in a tryout for the Marlins, but he didn't make it back to the pros.

Monastero played with the twilight league throughout, playing a total of 19 seasons. He earned league MVP honors in 1995. He played with Norristown from 1996 to 2006, winning nine championships along the way.