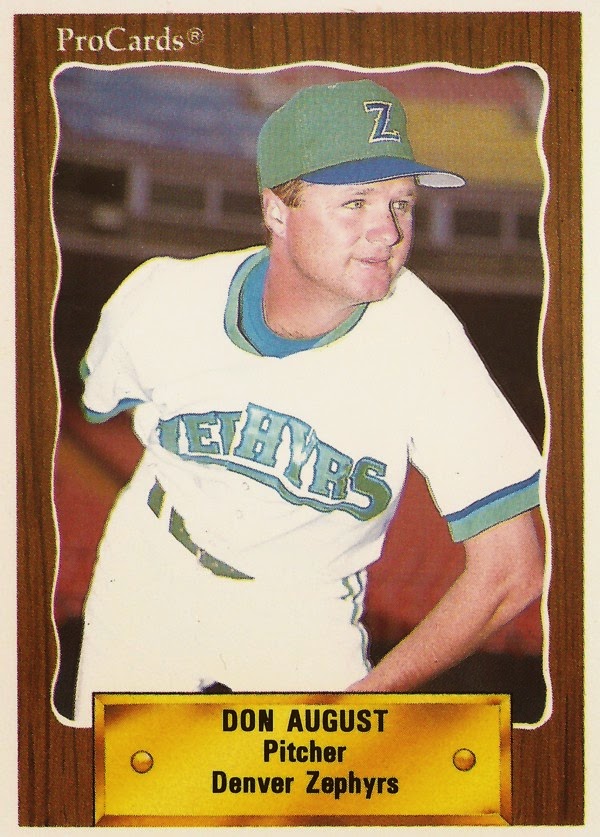 Don August tried to approach the ninth inning like he did the other eight, he told The Associated Press.

He also knew, after he got through that ninth inning with his first major league shutout, he'd have to go out again soon and try and do it all again.

"It's a win and it's a shutout all at once," August told The Associated Press. "I've got five days to sit on this thing and enjoy it."

August enjoyed it pretty much that entire first year, starting 22 games for the Brewers, going 13-7, coming in fourth in the Rookie of the Year balloting. August's career, though, lasted just four seasons, ending by the close of 1991.

August's career began in 1984, taken by the Astros in the first round, 17th overall, out of Chapman University. August was also taken as he prepared to join Team USA on the 1984 Olympic baseball team.

August played 1987 at AAA Denver and started back there in 1988. He made his major league debut then in June.

By late-July 1988, August had started 10 games. In four of them, he completed them. On July 21, August gave up nine hits, but just one earned run.

"My whole goal was just to make it up here," August told The Milwaukee Journal after the July 21 win. "Get my feet in the door, then do well."

By 1990, August played much of the year back at AAA Denver, getting just five relief outings back in Milwaukee. Going into 1991, August was just hoping to make it back to Milwaukee.

"I feel as good, if not better than 1988," August told The AP in late March. "I'm throwing the ball as well as I can. I hope I can force them to make the decision that I'm back."

August did return to the majors that year, nearly full time, but it was his final year in the bigs. In 23 starts, he went 9-8, with a 5.47 ERA. He played in the minors into 1995, finally ending his playing career.

August has since gone on to a different kind of career, one working with children, serving as a middle school teacher in his adopted home state of Wisconsin.