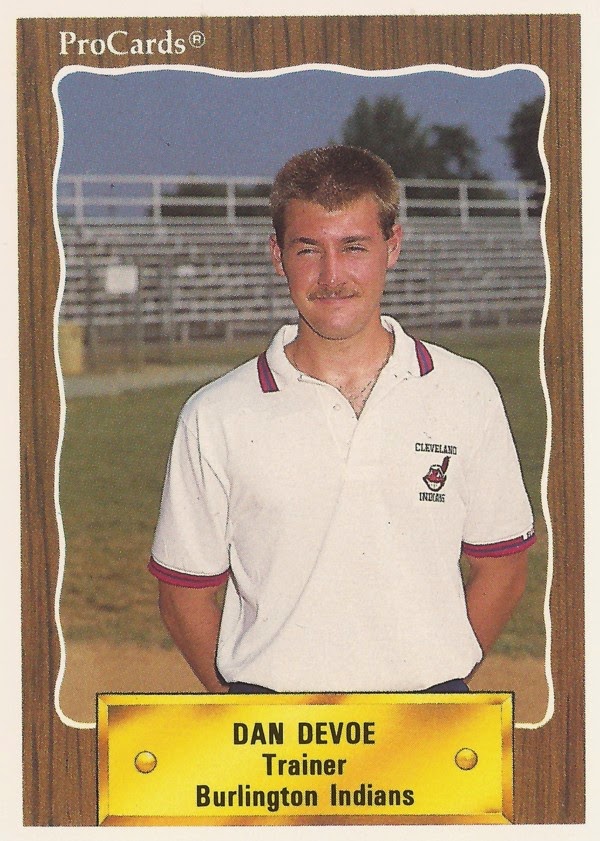 Dan Devoe was two years into his chosen profession and Devoe looked back to his schooling at Baldwin-Wallace College as preparing him for his career.

"Garry Miller has done an excellent job in getting me ready for my career," Devoe told The Exponent. "The preparation I have received is right on the line with any other program I am aware of."

Devoe played for Baldwin-Wallace in college, he also prepared for his training career. He started that career right out of school in the Indians organization. He went on to serve as a trainer in the Rockies system and then use his talents elsewhere.

Devoe's pro training career began in 1990, when he got a job out of the Ohio-based college with the Indians at rookie Burlington.

Devoe played infield at Baldwin-Wallace, earning the team's Yellow Jacket Award in 1989. The award goes to the top student-athlete dedicated to the team.

From there, Devoe joined rookie Burlington. He went to single-A Kinston in 1991. He later served as a trainer at AA Akron and AAA Colorado Springs.