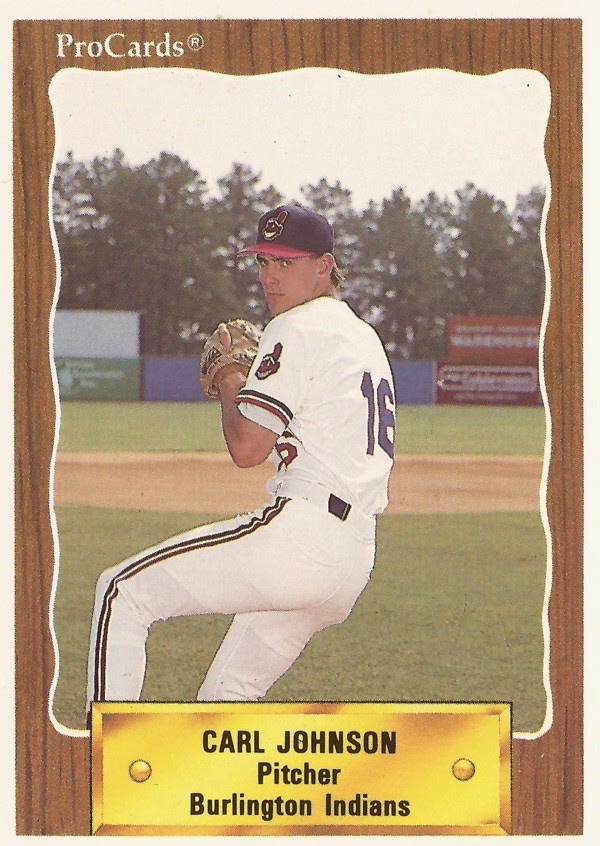 Carl Johnson's Lassen College baseball team was getting ready for another season in 2011 and Johnson knew his team would do its best, he told The Lassen County Times.

"I don't go into season and predict any wins and losses," Johnson told The Times. "If we take care of our business and do all the little things right, we'll do just fine."

Johnson was doing fine in his second career that included time as a college baseball coach. In his first career, Johnson was a pitcher. He played in six professional seasons, but never made AA.

Johnson's career began in 1990, taken by the Indians in the 11th round of the draft out of Lassen College in California.

Johnson played his first season at rookie Burlington. He got into 27 games and posted a 1.08 ERA.

Johnson is credited as playing in two more seasons, 1996 with high-A Visalia and 1998 at high-A Reno, ending his career.