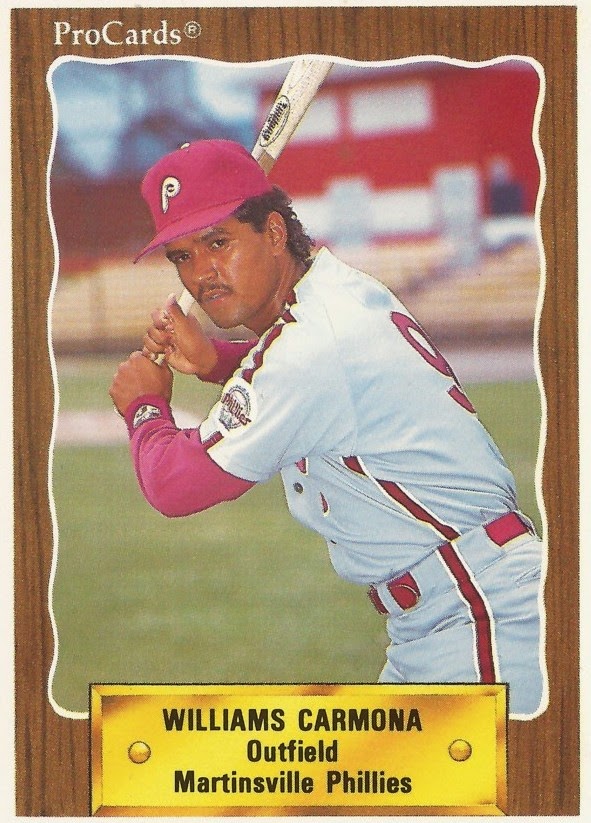 William Carmona helped put his Pocatello team in the lead in this July 1991 game.

With the score tied at five in the seventh inning, Carmona knocked a single and later scored with the go-ahead run, according to The Deseret News. His team, though, went on to take the loss.

Carmona was in his third professional season that year. The outfielder got into three more, trying his hand at pitching in his final season. Carmona, though, never made AA.

Carmona's career began in 1989, signed by the Phillies as a free agent out of his native Venezuela. Carmona's name was also spelled Willliams Carmona.