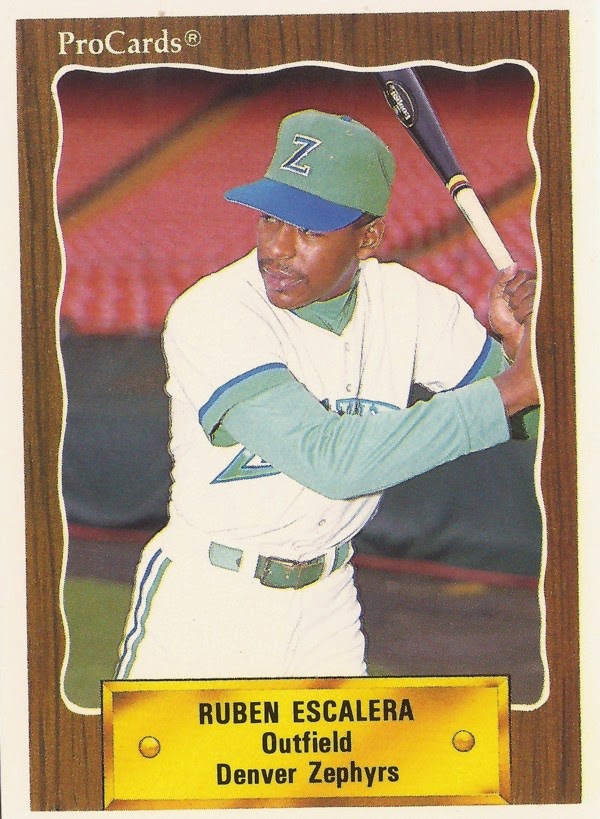 The two both hailed from Puerto Rico and they both became friends.

"'Igor' is 'ready' and in good health," Escalera told the paper, according to a rough Google translation. "He is a fighter and looked excellent. The evaluation showed 'Igor' hit, fielded and ran the bases without any problems even though we were on artificial turf. He had no discomfort or back or legs and his arm was strong as ever. It looked the same skill that has had in his whole career."

Gonzalez ended up with the Red Sox, signing a minor league deal with them that spring. Oakland ended up having no interest.

Despite Escalera's feelings on his readiness, Gonzalez couldn't make it back, ending his career that year in independent ball.

Escalera worked with the Athletics as a scout and as a rookie league manager, part of a lengthy post-playing career. As a player, Escalera went eight seasons, making it to AAA, but never making the majors.

Escalera's playing career began in 1985, signed by the Brewers out of Puerto Rico. He played that year at short-season Helena, hitting .349 in 60 games.

He moved on to single-A Beloit for 1986, hitting .271 and also hitting his first professional home run.

Escalera spent the balance of 1990 back at El Paso, returning there for one final campaign in the Brewers system in 1991. Despite hitting .316 that year, Escalera moved on to the Reds for 1992.

He split the season between AA Chattanooga and AAA Nashville, hitting .246 between them. It was his last season in affiliated ball.

Escalera ended at Chattanooga, helping the Lookouts win a playoff series, knocking in two in the deciding game.

By 2001, Escalera was with the Athletics, helming their Arizona Rookie League team. When not managing in Arizona, Escalera spent time as an Oakland scout.

In 2002, Escalera spoke to Baseball America about the league's top prospects, the top one being the Cubs' Felix Pie.

"He doesn't have much power now," Escalera told Baseball America, "but it should come down the road."