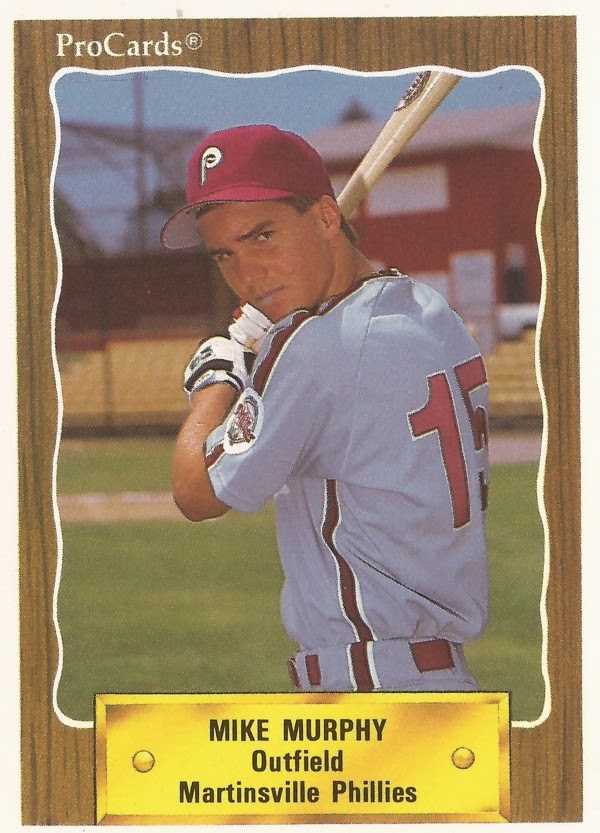 The Spartanburg Phillies came back from a mid-game deficit in this June 1993 contest and Mike  Murphy was credited with helping spawn that victory, according to The Spartanburg Herald-Journal.

Murphy did so with a run-scoring bunt single.

"(Murphy's bunt) was a huge play," teammate Steve Soloman told The Herald-Journal. "It gave us a lot of momentum."

Murphy's own momentum carried him to a career that spanned 12 seasons. But it could only take him as far as AAA. Murphy never made the majors.

Murphy's career began in 1990, taken by the Phillies in the sixth round of the draft out of St. Pius X High School in New Mexico.

Murphy's career began at rookie Martinsville. He played nine games that year and returned to Martinsville for 1991.

Murphy moved to the Blue Jays system and high-A Dunedin for 1994. He played in the Cleveland system for 1995, getting his first look at AA.

From 1996 to 1998, Murphy played in the Rangers system. He played 34 games at AA Tulsa in 1996. He also played that year at high-A Port Charlotte, making the Florida State League all-star team.

From 1999 to 2002, Murphy played in four different systems, the Orioles, Mariners, Rockies and Astros. His final 15 games came in 2002 with the Astros at AAA New Orleans.