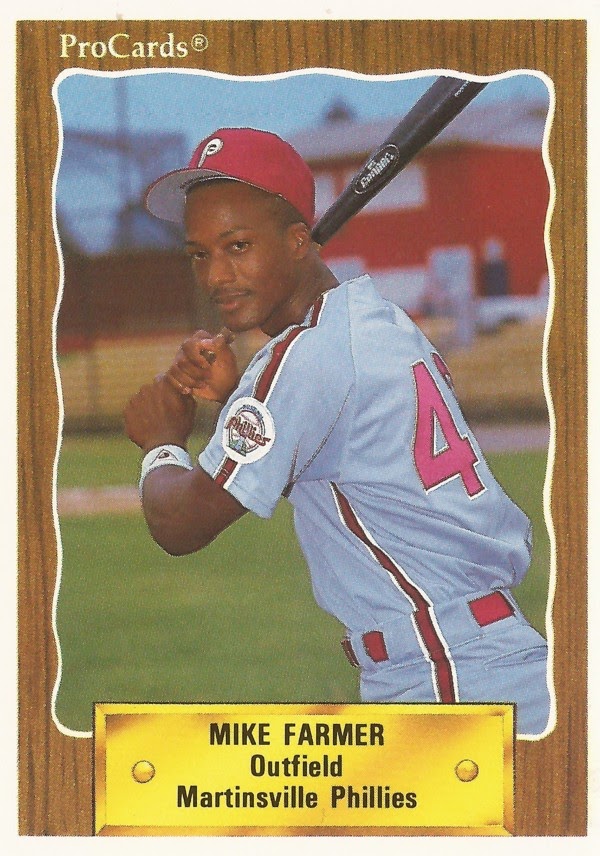 Mike Farmer pitched well at AAA Colorado Springs in April 1996. By the end of that month, Farmer was in Denver, making his major league debut in his seventh season as a pro.

"I'm in awe right now," Farmer told The Associated Press. "I'll just try to take what I had here, as far as control and everything."

Farmer made it to the Coors Field mound by way of the outfield in the minors. Farmer started his career as a position player in the Phillies system. He then made the switch and he eventually made the majors.

Farmer's career began in 1990, signed by the Phillies as an amateur free agent out of Jackson State University.

Farmer started at rookie Martinsville as an outfielder. He hit .268 in 55 games. He moved to single-A Spartanburg for 1991, hitting .238.

He made the transition to pitching in 1992 at high-A Clearwater. It came after Farmer joked one day that he could pitch, he told The Northwest Indiana Times later.

"One day, we were getting blown out, and I went in and did well," Farmer told The Times. "They put me in later in the season and I did pretty well again. After that game, (manager Bill Dancy) called me into the office and said that I had a better future in the organization as a pitcher."

His first start came May 7. In seven innings of work against the Braves and Greg Maddux, he gave up two hits and two earned runs for a no-decision.

"I was real nervous, throwing against Maddux and the championship Braves," Farmer told The AP afterward. "I'm happy to get my feet wet. You have to move on. You can't harp on it."

Farmer ended up getting into seven outings for the Rockies that year, starting four. He gave up 24 earned in 28 innings.