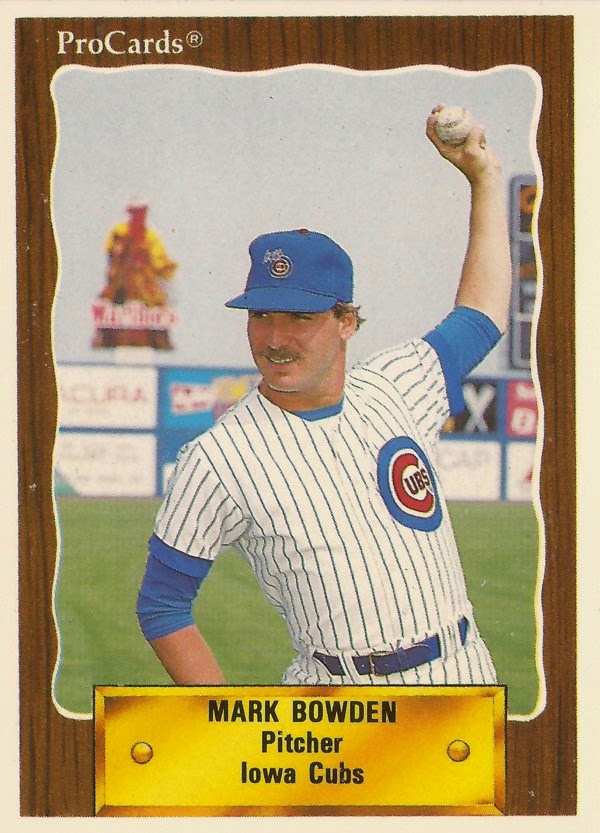 Mark Bowden got a second look at the pros with the Phillies. He also got a new direction, according to The Reading Eagle.

"I've always been a starter," Bowden told The Eagle. "But the Phillies wanted to see what I could do as a reliever. They thought I could get to the big leagues quicker in the bullpen."

He came back with the Phillies after a brief initial stint in the Reds system. He went on to play in nine professional seasons, but he never saw the majors, whether as a starter or as a reliever.
Bowden's career began in 1980, taken by the Reds in the first round of the January draft out of San Jacinto College in Texas.

He then returned to the pros for 1985 with the Phillies at high-A Peninsula and AA Reading. In 35 outings, four starts, Bowden had a 4.24 ERA.