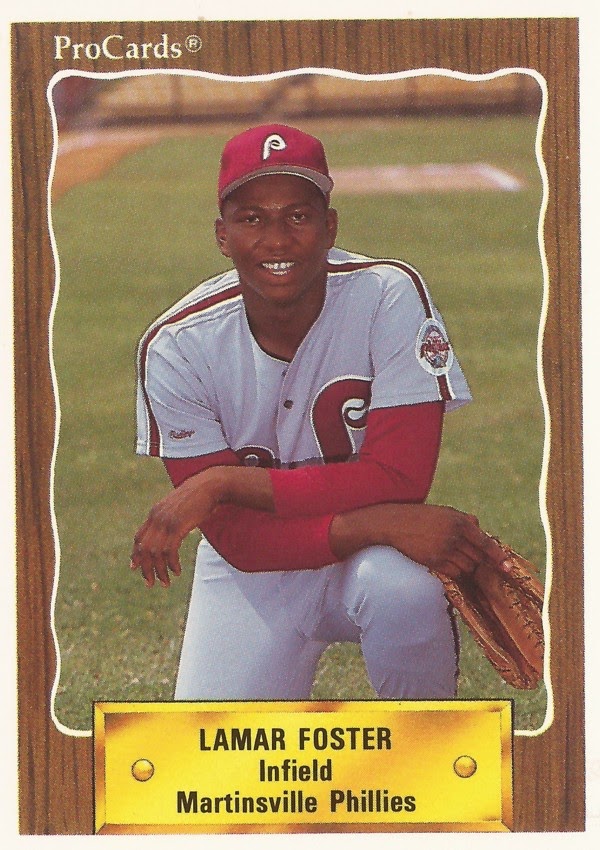 Lamar Foster wasn't sure he'd sign with the Phillies after he was drafted in 1989, he told his hometown Tuscaloosa News just after he was taken.

But he did know he was fortunate just to be taken, he told The News.

"I feel like I'm one of the lucky ones," Foster told The News. "Not too many people get this opportunity. I feel that the Lord God has blessed me greatly in more ways than one."

Foster did sign with the Phillies that year and he turned pro. His pro career, though, lasted just three seasons. He never made AA.

Foster's career began that year in 1989, taken by the Phillies in the third round of the draft out of Bibb County High School in Alabama.

In Alabama, Foster played summers for his local American Legion team. He went 3 for 4 with a home run for Post 34 in a July 1988 game. By early August, he'd hit a team-leading eight home runs, with a .382 average, The News wrote.

With the Phillies, Foster started at rookie Martinsville. He hit .252 in 37 games. He also hit two home runs.