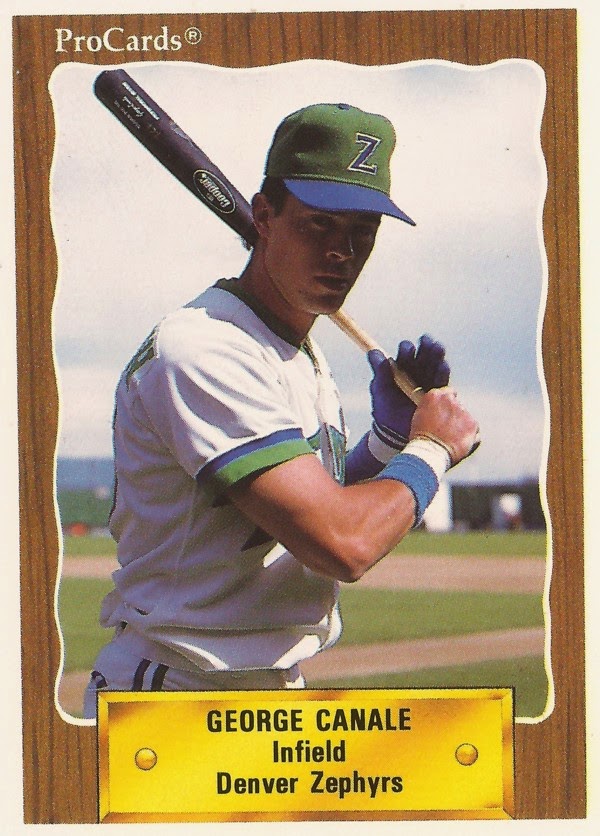 George Canale did well enough the previous two seasons to get looks at the majors.

But, playing the majority of his time in the minors at first base, it was a position that the Brewers had plenty of players to play, just not so much Canale.

"I've got to start looking out for myself," Canale told The Milwaukee Sentinel in March 1991, after asking the Brewers for a trade. "They told me last year they'd have a spot for me this year, but they don't. If they're not going to give me a chance, I'd like to be traded."

The Brewers did trade Canale, but not before he spent another season at AAA Denver, and got another 21 games in Milwaukee. Those 21 games with the Brewers in 1991 were also the final 21 games Canale would play in the majors.

Canale's career with the Brewers began in 1986, taken in the sixth round of the draft out of Virginia Tech.

With the Hokies, Canale slugged 29 home runs, leading the country. He also made two first-team All-American teams. In 2001, he was inducted into the Virginia Tech Hall of Fame.

Canale started his pro career at rookie-league Helena, hitting .326 with nine home runs. He moved to single-A Stockton and AA El Paso for 1987. He hit .269 between them.

Canale returned to El Paso for 1988, then hit AA Denver for 1989. At Denver, Canale hit .278 with 18 home runs. He also earned his first call up to Milwaukee in September.

"It's been a decent season," Canale told The Newport News Daily Press just before his call-up. "But I won't be happy until I have the kind of year I really feel I'm capable of having. I'd like to hit .300, hit 30-some homers and drive in at least 100 runs."

With the Brewers, Canale got into 13 games, getting five hits in 26 at bats. One of his hits came in an early appearance, Canale hitting a double that led to him scoring the go-ahead run against the Mariners.

He then sat for a month, without getting an at bat. His first six appearances came as a late-game defensive replacement.

"I figured I'd get to play sooner or later," Canale told reporters after his first start. "I guess it was later."

Canale finished the year with six hits in 34 at bats. After the season, the Brewers traded Canale to the Expos. He was then released before spring 1992 was out.

Canale played four more seasons in the minors, at AA and AAA. He also spent time in Italy in 1996 and Taiwan in 1997. He ended his career in 1998 with 46 games at AAA Nashville with the Pirates.