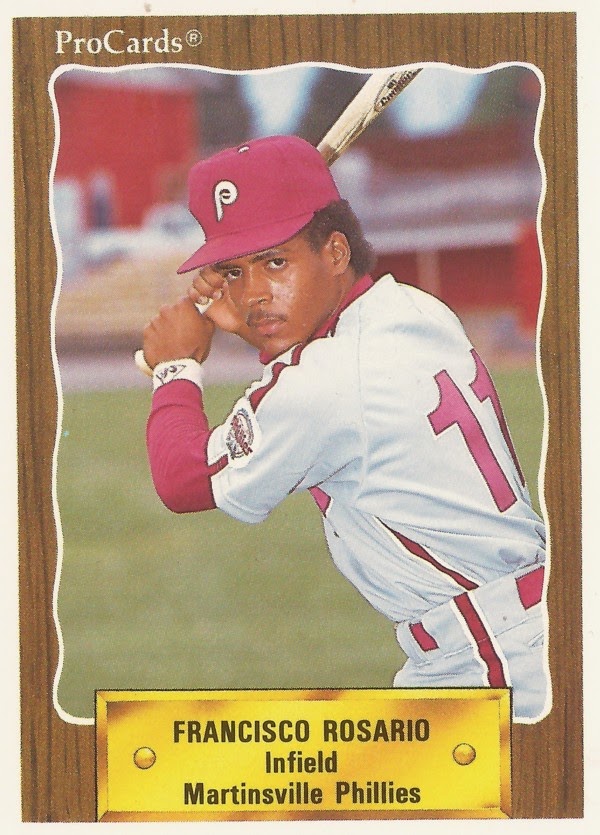 Francisco Rosario traveled from his native Dominican Republic to what he hoped would be a new career as a baseball player in the United States.

The method of travel, though, was one he'd never before used: He traveled to Florida on a plane, The Philadelphia Inquirer wrote.

"I thought my heart was going to come out of my mouth," the 17-year-old Rosario told The Inquirer.

Rosario started his career, but it was a short career. He played just a single season as a pro.

Rosario's brief career took place in 1990, signed by the Phillies as an amateur free agent out of his native Dominican Republic.