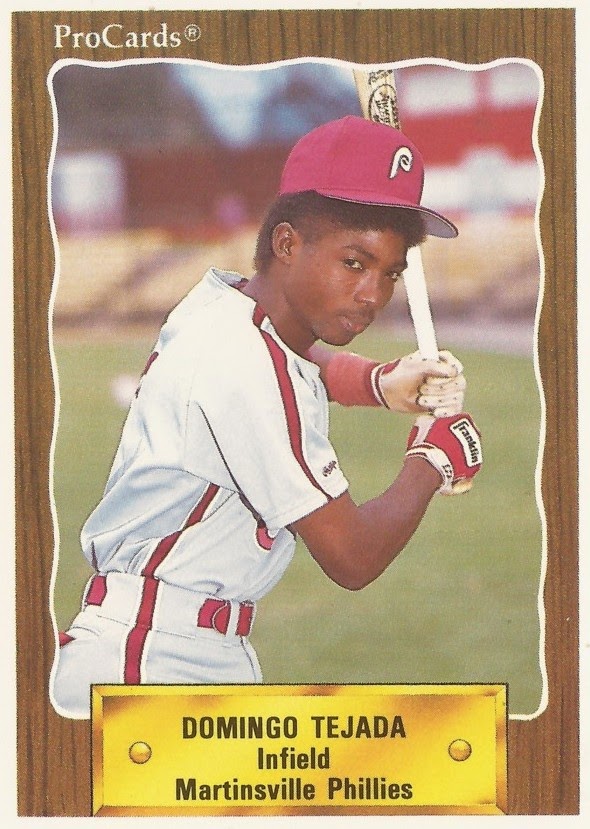 The 1990 season was Domingo Tejada's first year in professional baseball, according to his ProCards card back.

He was signed by the Phillies the previous September out of his native Dominican Republic. When he signed, he was just 17 years old.

By the time he arrived in Martinsville in the rookie Appalachian League, Tejada had turned 18. He was also seemingly ready to take the field for his first professional action.

One of the only record of Tejada's brief life in professional baseball appears come from the team's photo day and the ProCards card he made it onto.

The other record is in a Philadelphia Inquirer story on Dominican signees by the Phillies. In that story his name was spelled Domingo Tejeda.

Tejada was 5 feet, 11 inches tall. He weighed 160 pounds. He switch hit and threw right-handed. He also seemingly never got into a game, his career ending apparently before it began.