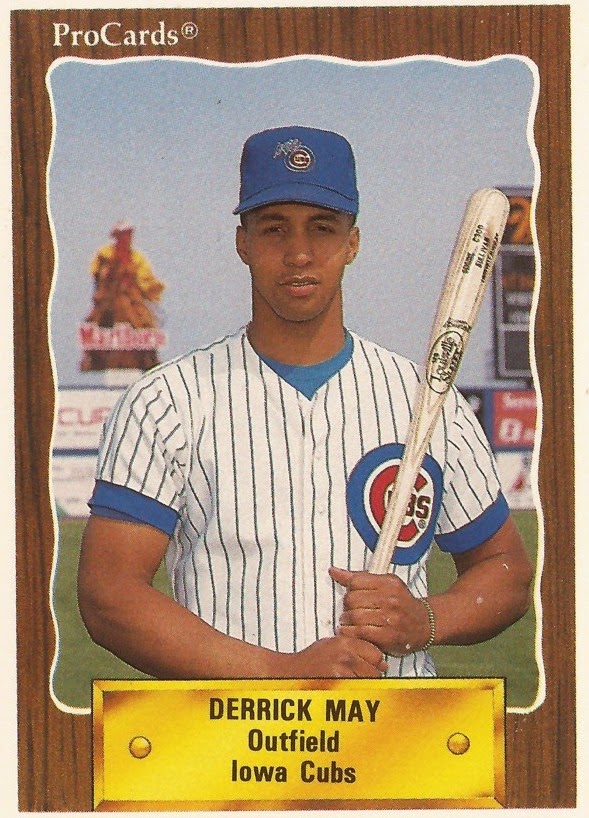 One of those home runs came July 16 against Colorado. He also had four RBIs on the day.

"When you're swinging the bat well, good things like that will happen," May told The Associated Press afterward. "I'm seeing the ball good these days."

May's career began in 1986, taken by the Cubs in the first round of the draft out of high school. May wasn't even 18 years old. But the Cubs wanted him. They weren't even sure he would last long enough for the team to select him.

"He is an outstanding hitter and has power and terrific running speed," Cubs director of minor leagues and scouting Gordon Goldsberry told The Chicago Tribune after May's selection. "He also has great heritage. His background should give him a running start in his pro career."

It took the young May a few years to move up the Cubs' system, but he did. By 1989, he was at AA Charlotte. The next year, he hit AAA Iowa. And that September, he was in Chicago.

For 1993, May started off quickly. On April 9, he hit two home runs in Philadelphia, in front of 14 family members, including his parents. Later, in August, May hit a grand slam to give the Cubs the lead against Atlanta.

The next year, May played in another 109 games. Manager Terry Collins briefly moved May to the bench. Coming off the bench in one game that month, May hit another home run, a two-run shot.

Collins believed the veteran May was better in that situation. "A young guy wants to contribute because he wants to stay in there," Collins told The AP. "Derrick has patience and doesn't get intimidated."

In Japan, May played for the Chiba Lotte Marines. He was also in Japan after the Sept. 11, 2001 terrorist attacks.

"What can I say? Right now I have to be here," May told The Japan Times after an annual Yankees Day celebration was cancelled days after the attacks. "But it's my job. I guess it would have been nice to have Yankees Day, but there are more important things going on in the world. . . . It's hard. I call my wife and kids every day."

May played in Japan through 2003. In July 2002, May had another two-home run effort, hitting two against the Daiei Hawks, according to The Japan Times.

May has gone on to be a hitting coach in the Cardinals system, starting with high-A Palm Beach in 2005 and continuing through this past season at AA Springfield. He has since been promoted to the Cardinals' minor league hitting coordinator for 2011.