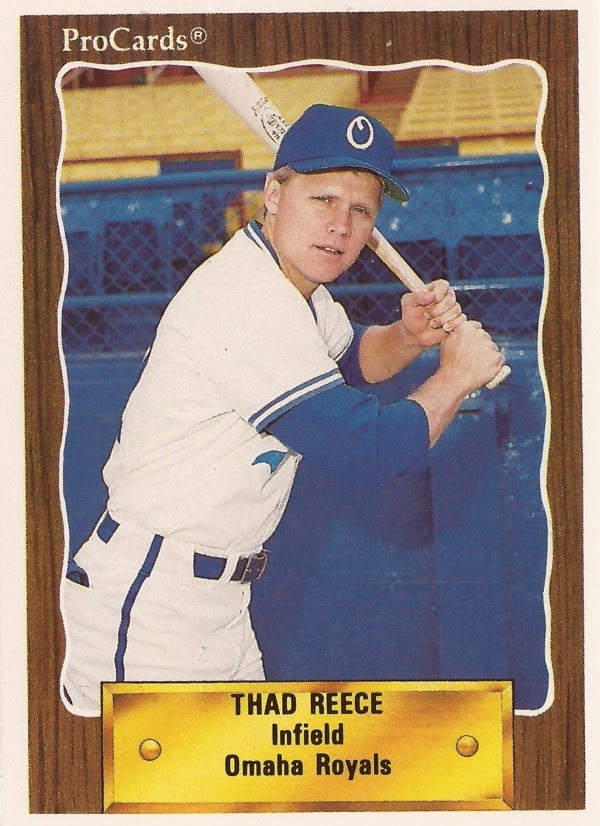 Omaha hadn't been doing well, losing 12 of their previous 16, when they broke out this June night in 1990, winning 12 to 1. Among those breaking out was Omaha third baseman Thad Reece, who went 4 for 6, according to The Hampton Roads Daily Press.

"The team has really been struggling," Thad Reece told The Daily Press. "It's not like we've been getting blown out or anything. We've been losing some close games. There's a difference between playing bad and just losing. Tonight was well-needed for us."

It was a good game for Reece, it was also a game in his final season as a professional player. His career ended that year after 10 seasons, never having made the majors.

Reece's career was one that showed flashes of promise. He was taken by the Athletics in the 17th round of the 1981 draft out of the University of Hawaii.

But it was the jump to AA Albany that marked a high point. Reece won the Eastern League batting crown that year with an average of .331, 14 points better than the second place league member, future major leaguer Wally Joyner, according to The Schenectady Gazette.

Then it was on to Italy. Reece spent 1989 in Europe, part of his experience recorded by Sports Illustrated. Reece was announced in one game as "nuovo Americano," the magazine wrote. He and other players went to Italy because, while not paying a lot, the move paid better than the minor leagues.

Reece went on to stay in baseball, as a high school coach for his hometown Porterville High in California. He spent 10 years coaching the team, returning the team to championship form before being let go in 2007.

“I don’t know what the future holds or what opportunities are out there,” Reece told The Porterville Recorder. “But I have a lot of contacts with collegiate and professional coaches. I always keep that door open.”