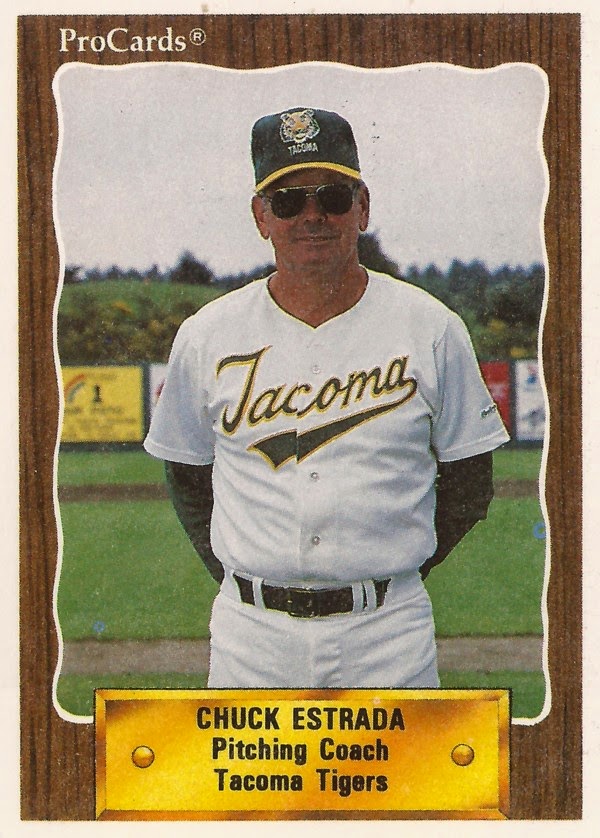 New Rangers manager Whitey Herzog was confident in his new pick for pitching coach for the 1973 season, according to UPI.

That pick was Chuck Estrada, a veteran of seven major league seasons who had and Mets minor league coach.

"I'll guarantee no Rangers pitcher will lose a game because he's not in shape," Herzog told UPI in November 1972. "Estrada knows how to get them in condition and how to win their confidence."

Estrada's tenure in Texas ended up being brief, but he returned to the majors later as a coach for the Padres and Indians. In all, his coaching career spanned a quarter century.

His coaching career came after a playing career that saw him win 18 games one season, but it was a career shortened by an early arm injury.

Estrada's long career in baseball began in 1956, signed by the Braves as an amateur free agent out of Atascadero High School in California.

Estrada started at class-C Salinas. He made AAA Vancouver in 1959 after moving to the Orioles system. Then, in 1960, he made Baltimore.

In that first major league season, Estrada went 18-11 with a 3.58 ERA. He also took a no-hitter into the eighth inning of a June game. He made the All-Star team and even came in second in the Rookie of the Year balloting.

Going into the 1961 season, Sports Illustrated wrote that Estrada kept hitters "jumping" with occasional inside pitches. Estrada's sophomore season was comparable to his first, ending with a 15-9 record and a 3.69 ERA.

"The thing that bothered me the most about my short career," Estrada told Ryczek for his Mets book, "is that fact that I was just learning how to pitch when my arm blew out. I used to challenge everybody."

Soon after, Estrada started his coaching career. He coached at Texas in 1973. By 1978, he was coaching with San Diego, staying four seasons there. In 1983, he was with the Indians.

At Tacoma in 1985, future Bash Brother Jose Canseco asked Estrada for advice before a July at bat. Estrada responded by telling Canseco exactly where the first pitch would be, according to Dale Tafoya's book "Bash Brothers: A Legacy Subpoenaed." It would be a slider at Canseco's back ankle.