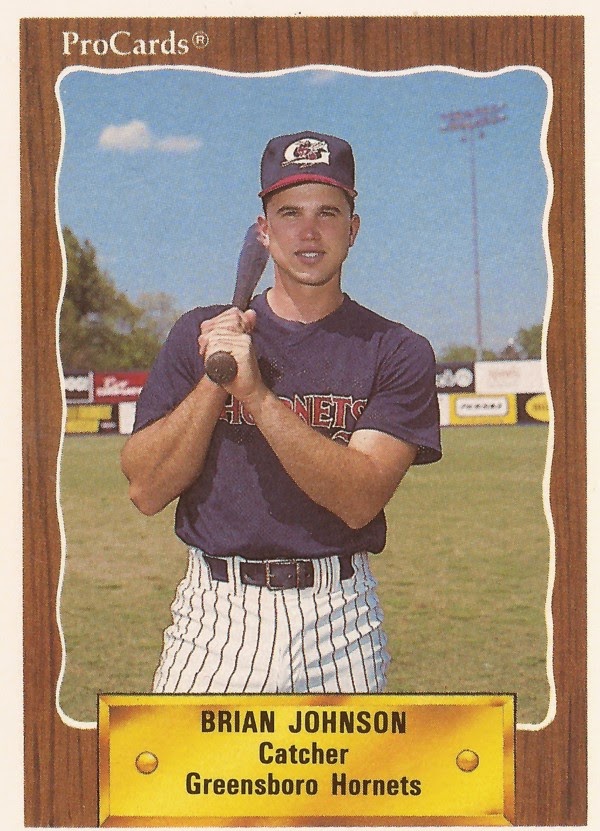 Brian Johnson got a chance to start for the Padres in May 1996 and he made the best of it. He did so by going 12 for 25 in one stretch, with two home runs, according to The Associated Press.

"This is not a fluke," Johnson told The AP then. "It stems from a chance to play. "It's a daily battle whether you're playing or not, to keep your hitting eye going. It's satisfying to have gotten an opportunity to play and to have made a lot of it."

Johnson was in his third season in the majors that year. He went on to play in a total of eight seasons. In one of those seasons, Johnson helped send his team to the playoffs with two late-season game-winning home runs.

Johnson's career began in 1989, taken by the Yankees in the 16th round of the draft out of Stanford University,

At Stanford, Johnson not only played on the baseball team, but he also played quarterback on the football team. He took over the helm of the football team as a freshman in October 1987 after injury and he received praise.

Johnson started with the Yankees in the rookie Gulf Coast League. He moved to single-A Greensboro in 1990 and high-A Fort Lauderdale. He then moved to the Padres system in the minor league draft.

Johnson then continued his steady march to the majors. He played at AA Wichita in 1992, then AAA Las Vegas in 1993. In April 1994, Johnson made San Diego.

He moved to the Tigers in a trade to start 1997. He then went to the Giants in another trade that July. In 56 games down the stretch for the Giants, Johnson hit .279. He also hit 11 home runs, two of those coming to win games in September and in a pennant race.

"Just about every night when I go to bed I imagine it," Johnson told reporters after the second game-winner. "Imagining is the easy part. I'll never get used to it. I'm too paranoid and superstitious for that."

Johnson returned for another 99 games with the Giants in 1998. He hit .237 with 13 home runs. He played in three more seasons, with the Reds, Royals and Dodgers. His career ended in 2001 with three final games with Los Angeles.

Johnson has since gone on to a career as a scout with the Giants, looking for potential trade acquisition among several major league and minor league teams.

In 2012, the Michigan-based scout was credited with helping give crucial information, according to The San Francisco Chronicle, to help the Giants sweep the Tigers in the World Series.