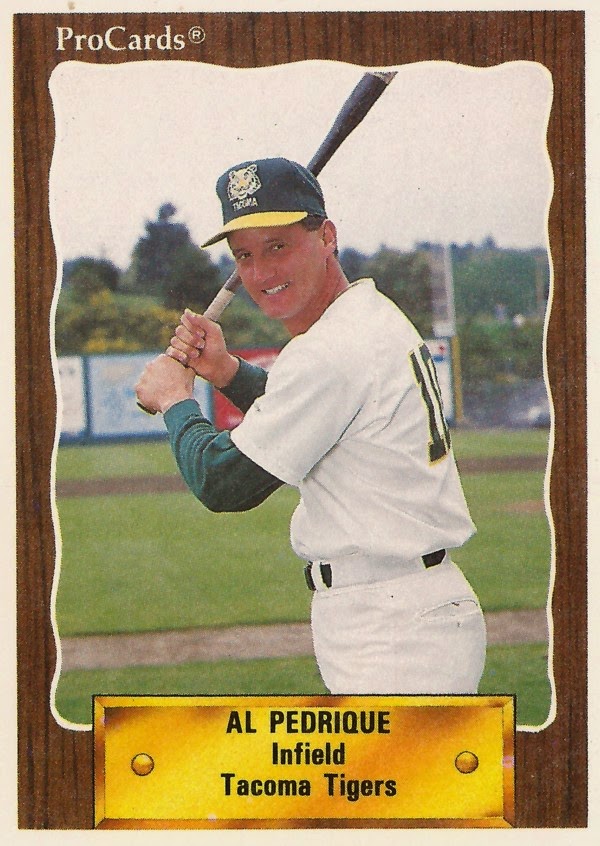 Al Pedrique started 1988 with high hopes. He'd hit .301 the previous year with the Pirates, getting his first big league playing time after nine years in the minors.

But a slow start to the year meant a trip back to AAA by early May. Pedrique only vowed to do his best to get back.

"I worked on my game in the minors for nine years and I promised myself I'd make it to the big leagues someday," Pedrique told The Beaver County Times after his demotion. "Now, I've got to get back. But I'll work hard, get my stroke back and be back up here. I've never given up before and I won't now."

By the end of May Pedrique was back. In all, he played 50 games for the Pirates that year, his average hitting just .180. Pedrique was able to get back to the majors as a player for just one more year, though, in 1989 with the Tigers.

Pedrique, however, has gotten back to the bigs since, as a coach and, in 2004, as manager of the Arizona Diamondbacks.

Pedrique's career began back in 1978, signed by the Mets as a free agent out of his native Venezuela.

His path to the majors started at short-season Little Falls, not making AA until 1981. He didn't make AAA Tidewater until 1985. He finally made Flushing in 1987.

With the Mets that year, Pedrique got just a five-game look, getting six at bats and no hits before being traded to the Pirates in May. With the Pirates, though, he took off. He hit that .301 and knocked in 27 runs in 88 games.

Returning for 1988, Pedrique got off to that slow start, but remained in the majors much of the year. He hit just .180, an at bat in August perhaps typifying his year. A Pedrique liner appeared to win the game, but was snatc

hed by the third baseman for the out.

"That's the hardest ball I've hit all year either here or at Buffalo," Pedrique told The Washington Observer-Reporter after the game. "I thought for sure that was it."

By November, Pedrique was released. He signed with the Tigers for 1989, serving as a backup for Alan Trammell and Lou Whitaker. Pedrique told The Associated Press that he'd rather be their backup than start somewhere else in the minors.

Pedrique's major league season in 1989, though, consisted of appearances in just 39 games. He hit .203, finishing out his big league career.

Pedrique, though continued playing in the minors through 1994, going through the Athletics, Mets, Royals and Marlins organizations.

His playing career over, Pedrique went right into coaching, starting at short-season Spokane. That August, he watched his team give up a five-run, second-inning lead for a loss.

"If you score five runs in the first two innings, you should win the game," Pedrique told The Spokane Spokesman-Review afterward. "You've got to say to yourself, 'This is my game.'"

That July, he became the big club's manager after Brenly was fired. Pedrique told reporters he had obvious mixed feelings about becoming the team's manager, "because definitely I wanted to manage in the major leagues. But it never crossed my mind that it would be like this."

Pedrique finished out the year, but wasn't invited back. In 2009, Pedrique interviewed for the Astros' top job. He didn't get it, but he did become a bench coach for the team. He continued in that post for 2011.

For 2015, Pedrique is to serve as manager in the Yankees system at AA Trenton.