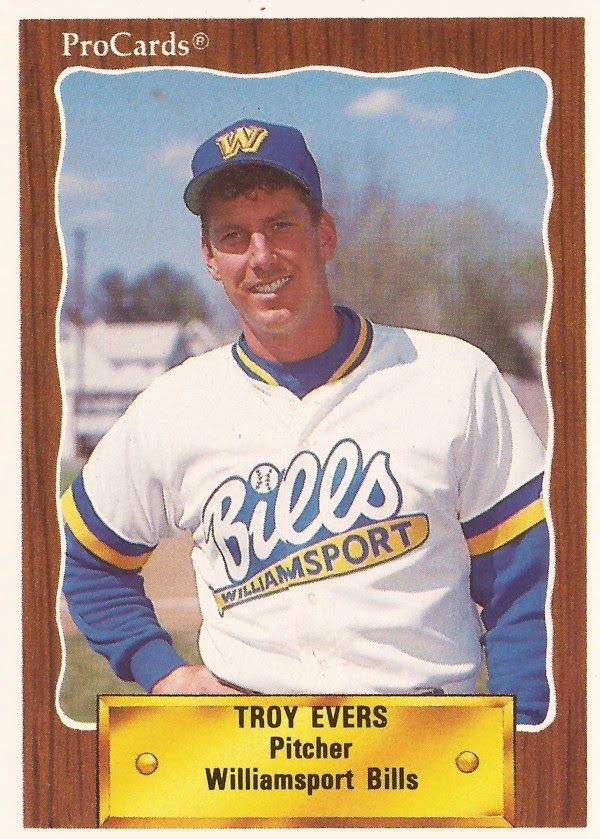 Troy Evers threw a complete game and his Fort Lauderdale Yankees needed it, according to The Lakeland Ledger.

"Troy pitched a pretty quality game for us for the most part," Fort Lauderdale manager Buck Showalter told The Ledger. "The complete game was a real big shot in the arm. It was a very big game for us to get our pitchers healthy."

Evers pitched that game in his third professional season. He went on to play in seven seasons, but he never made the majors.

Evers' career began in 1985, taken by the Yankees in the second round of the draft out of Iowa State University. He went to Iowa State out of West High School in Appleton, Wisc.

At Appleton West, Evers struck out 14 batters in one June 1982 game and 17 batters in another, according to The Milwaukee Journal.

"I didn't have my best fastball, but my fastball was moving real well," Evers told The Journal after the 14-strikout effort. "I wasn't able to blow it by them, so I had to go to the curveball to keep them honest."

Evers started with the Yankees at short-season Oneonta and he started strong. In 14 outings, 12 starts, Evers went 10-1, with a 1.18 ERA.

Evers' 1986 season, though was brief. He's recorded as getting just a single outing at single-A Fort Lauderdale. He then returned there in 1987 and he nearly returned to form, He went 13-5, with a 3.11 ERA.

Evers then moved to the Mariners that off-season to complete the Jay Buhner trade. He played 1989 back at single-A at San Bernardino. He went 12-9, with a 3.69 ERA.

For 1990, he returned to the Eastern League with AA Williamsport. In 28 games, he had another 3.69 ERA. It was his last year in affiliated ball.

Evers then went back to Wisconsin and became a registered nurse. In spring 1995, Evers tried a comeback as a replacement Pirate. In early March, Evers pitched two scoreless in the spring opener.

"I was very pleased because I was throwing strikes, as nervous as I was," Evers told The Sarasota Herald-Tribune after that first game back. "With all the press and the attention I didn't want to be walking the ballpark."