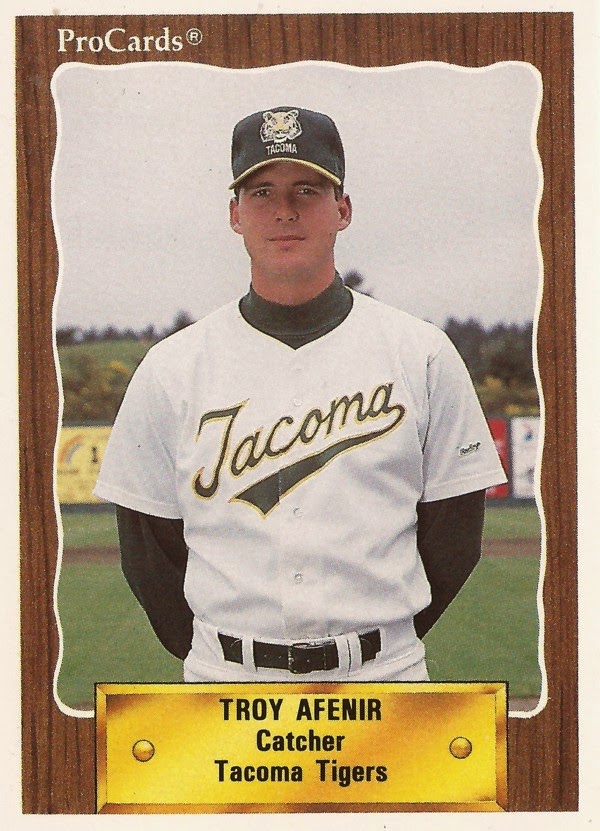 Troy Afenir was doing well enough at single-A Osceola in 1985, The Orlando Sentinel wrote that August.

Still, Osceola, in his third season as a pro, wasn't where Afenir wanted to be, he told The Sentinel.

"I'm far from being satisfied," Afenir told The Sentinel. "I'm certainly not tearing up the minor leagues, but I'm still young and have time on my side. I wouldn't be here if I didn't envision myself in a major-league uniform one day."

Afenir did end up in a major league uniform. He was there just two years later, as a September call-up for the Astros in 1987. He would go on to play in parts of four major league seasons, though never in more than 16 games in a year.

Afenir's professional career began in 1983, taken by the Astros in the first round of the January draft out of Palomar College in California.

Afenir started at short-season Auburn and the Astros' rookie Gulf Coast League team. He hit .252 between them in 34 games, striking out 49 times.

Moving to AA Columbus in 1986, the catcher hit .217. In 1987, he split time between Osceola again and Columbus. Then, in September, he jumped directly to Houston.

In 10 games for the big league Astros, Afenir got 20 at bats. He picked up six hits and 12 strikeouts.

After a year back at Columbus without returning to Houston, the Astros sent Afenir to the Athletics for 1989. He played that year at AA Huntsville and the next at AAA Tacoma.

By July 1990, Afenir was back in the majors, filling in for an injured Terry Steinbach. To The Los Angeles Times, Afenir pointed to the trade to the Athletics as leading to his latest success.

"The part that I like is that people are honest over here," Afenir told The Times. "Sometimes you're not going to want to hear what they say, but they'll tell you. They're very straightforward."

With Oakland that year, Afenir got into 14 games, hitting .143. He returned for another five games with the Athletics in 1991, then signed with the Reds for 1992.

"Forget about your hands," Perez told Afenir, according to The AP. "Let your brain work."

Afenir played one more season at AAA Indianapolis, ending his career. He has since gone on to coach in college. He's in his third year in 2012 as assistant coach at his old college, Palomar College.