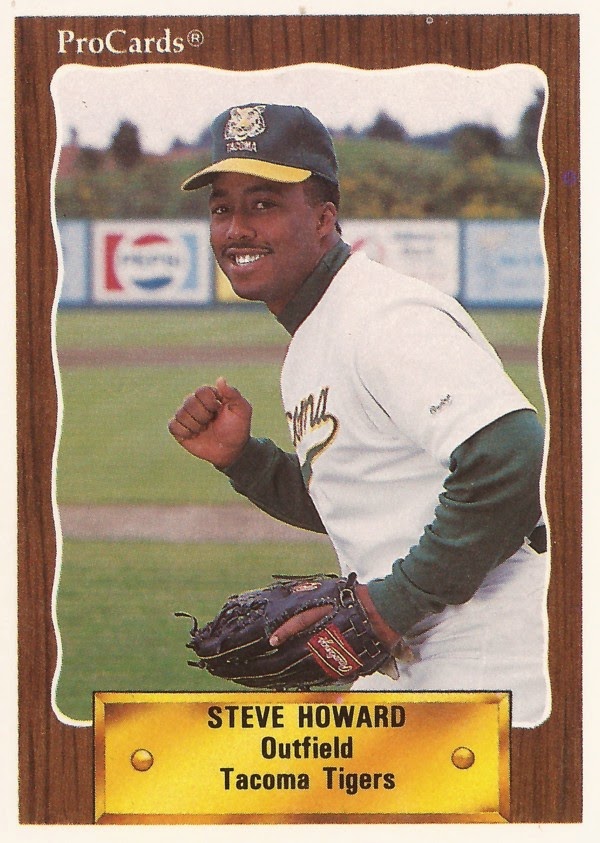 Steve Howard knew in spring 1990 what his chances were of making the Athletics was, and those chances were slim to none, he told The Associated Press late that March.

"I just try to go out there and have fun," Howard told The AP. "There's no pressure, but when I go out, I want to make myself look good. Anything can happen and I want my work habits to look good."

Howard certainly looked good that day. Put in as a pinch hitter in that spring game, in the bottom of the ninth, with the bases loaded and down by one, Howard knocked single up the middle for the win, The AP wrote.

And, while Howard didn't make the team out of spring training, he did make it by June. He got into 21 total games for the Athletics, games that ended up being the only games he played in the majors.

He also played those 21 games for his hometown team.

Howard's career began in 1983, taken by the Athletics in the eighth round of the January draft, out of Oakland's Castlemont High School and Laney Junior College.

Howard played that first year at rookie league Idaho Falls, hitting just .222 in 61 games. He moved to short-season Medford and single-A Madison for 1984, hitting just .195 between them.

At Medford in July, though, Howard collected five RBIs, three of them on a home run, The AP wrote. In August, he hit a two-run single.

After two seasons at single-A Modesto, Howard made AA Huntsville for 1987. He hit .255 his first year there, and .247 in a second campaign there. In an April 1988 game, Howard went 3 for 3, knocking in another five runs. The previous game, Howard hit two home runs.

Whatever the assessment, Howard made AAA Tacoma that year, hitting 13 home runs with a .243 average. He started 1990 back at Tacoma, before getting his call home to Oakland in June.

Howard struck out in his first big league plate appearance, but he still made it to first on a wild pitch. He also scored. His one RBI came June 20, on a single.

Howard played his last major league game July 17, spending the rest of the year at Tacoma. After not being credited with playing in 1991, Howard returned for 13 final games at AAA Richmond in 1992, ending his career.