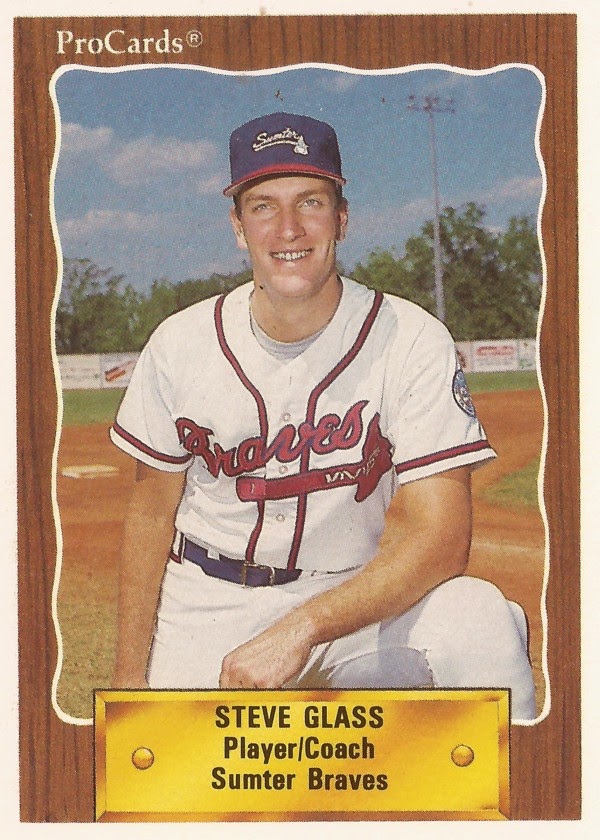 It took Steve Glass a while in 1987, but he finally heard his name had been called - in the 38th round.

The San Francisco State infielder was turning pro and he couldn't wait, he told The Golden Gate XPress years later.

"It was one of the happiest, proudest moments of my life, because I had worked so hard for so long," Glass told The XPress. "Even though I was a 38th-round pick. Who cares? I was going to have a chance to play some pro ball."

Glass soon signed, but his pro career ended up being brief, just three seasons. He then went on to a short coaching career before starting his post-baseball career as an athletic director.

Glass' career began that year in 1987, taken by the Braves in the draft out of San Francisco State.

At San Francisco State, Glass played from 1984 to 1987 and he remains in the school's record book. He scored 111 career runs, still good for fifth all-time. He hit 21 career home runs, good for second and 97 RBIs, good for third all-time.

Glass started with the Braves at rookie Idaho Falls. In 58 games, he hit .268. He knocked a bases-clearing double in late June.

Glass became a coach for 1990, assigned to single-A Sumter. He returned there for 1991.

Glass then started his career in education. He also returned to San Francisco. He signed on with the Cathedral School for Boys as athletic director and physical education teacher, staying there for 12 years. He then moved to The Bay School, where he continues to be athletic director in 2014.
1990 Minor League Tally
Players/Coaches Featured:1,838
Made the Majors: 857 - 46.6%
Never Made Majors: 981-53.4%-X
5+ Seasons in the Majors: 367
10+ Seasons in the Minors:216
Posted by Steve78 at 10:37 PM