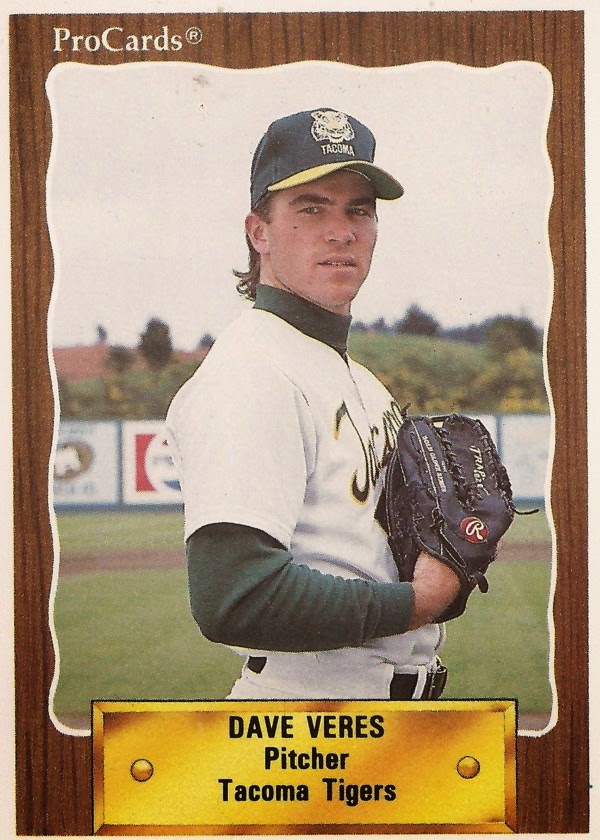 For Dave Veres spring 2007 marked four seasons since he last pitched in the majors. It also marked 11 months since surgery to replace his hip, MLB.com wrote.

And now here he was in Rockies camp, trying to make a comeback, and becoming someone others in his situation could look up to.

"This is not why I'm doing this, to say, 'Hey, look at me. I'm coming back,'" Veres told MLB.com that spring. "But I could mean wonders for people that are even thinking about a surgery, a hip replacement or knee. If I can pull this off, it's not only for me."

Veres, however, wouldn't make it all the way back and play in his 11th major league season. Assigned to AAA Colorado Springs, Veres only got into five games before his season would end. His playing career, however, wouldn't end for another year, pitching in 38 games for independent York in 2008.

Veres' playing career began back in 1986, taken by the Athletics in the fourth round of the January draft. He played that first year at short-season Medford, going 5-2 with a 3.26 ERA.

It wasn't until 1994, after signing with the Astros, that Veres made his major league debut. He got his first major league win less than a week after that debut, facing Matt Williams in a crucial spot.

"I was more pumped than nervous," Veres told The Associated Press of the Williams face-off that ended in a strikeout. "The first two strikes went OK, but after it got to 2-2 things slowed down and got interesting."

Veres got into 32 games in relief for the Astros that year then 72 the next. After two seasons with the Expos, Veres arrived in Colorado, closing out eight games for the Rockies in 1998, with an ERA of 2.83.

Helping him along with the Rockies in 1998 was androstenedione, according to The Chicago Tribune. It was the same hormone spotted in Mark McGwire's locker that year and is now banned.

Veres became a full-fledged closer in 1999, saving 31 games. He continued those closing efforts in 2000, after the Rockies traded him to the Cardinals. Veres stayed with the Cardinals through 2002, before signing with the Cubs for 2003.

In one of his final big-league games, Veres came into another critical spot in Game 2 of the NLDS against the Braves, against Vinny Castilla. But this time, Veres gave up a walk, helping lead to a Cubs loss. "If I don't walk Vinny, it's a different ballgame," Veres told MLB.com.

Veres' final game would come in Game 7 of the 2003 NLCS, giving up one hit and getting one out as the Cubs fell short of the World Series.

The next spring, Veres attempted to come back from another injury, tendinitis to his shoulder. He underwent arthroscopic surgery in the off season. But he signed with the Astros and believed he could continue.

"When you're 37 and coming off surgery and didn't have a great year, it's not the best situation to be a free agent," Veres told MLB.com that spring. "But now that I'm finally healthy again I know I can still pitch."

But he couldn't. The Astros released him before spring training was out. Signing with the Giants, Veres pitched in four games at AAA Fresno, ending his career until his comeback bid in 2007.