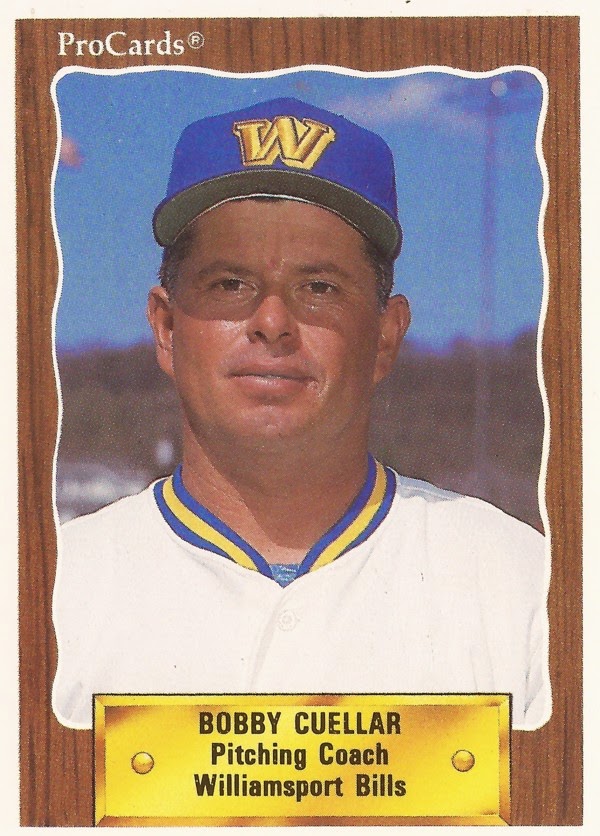 Expos pitching coach Bobby Cuellar had a couple new young arms to work with in 1998 and he explained his approach to The South Florida Sun-Sentinel.

"We allow them a chance to fail,'' Cuellar told The Sun-Sentinel, "and that's how we find out what they can do. We give them the ball and let them pitch. Then, we teach them and work with them and see what happens."

Cuellar's students this time were Carl Pavano and Marc Valdes. Cuellar had already been credited with helping Pedro Martinez become the pitcher he became.

Later, after joining the Twins system, Cuellar was credited with giving Johan Santana the final piece he needed to dominate, the changeup.

Cuellar's long career in baseball began as a player. He was taken by the Rangers in the 29th round of the draft out of the University of Texas at Austin.

Cueller the pitcher made AA San Antonio in 1976, then AAA Tucson in 1977. That September, Cuellar made Texas. He got into four games, gave up one earned over 6.2 innings pitched. It was his only time in the majors.

Cuellar continued to pitch in the minors through 1981. By 1983, he was a coach, serving at single-A Bakersfield. In 1986, he was managing at single-A Wausau.

In 1996, Cuellar and the Mariners benefited from a resurgent Bob Wells.

"The man came to spring training in great shape and ready to pitch," Cuellar told The Associated Press. "You can't ask for anything more than what he's done for us."

In 2002, Cuellar was serving as pitching coach at AAA Edmonton, coaching a young Johan Santana. With Cuellar's help, Santana went on to win two Cy Youngs.