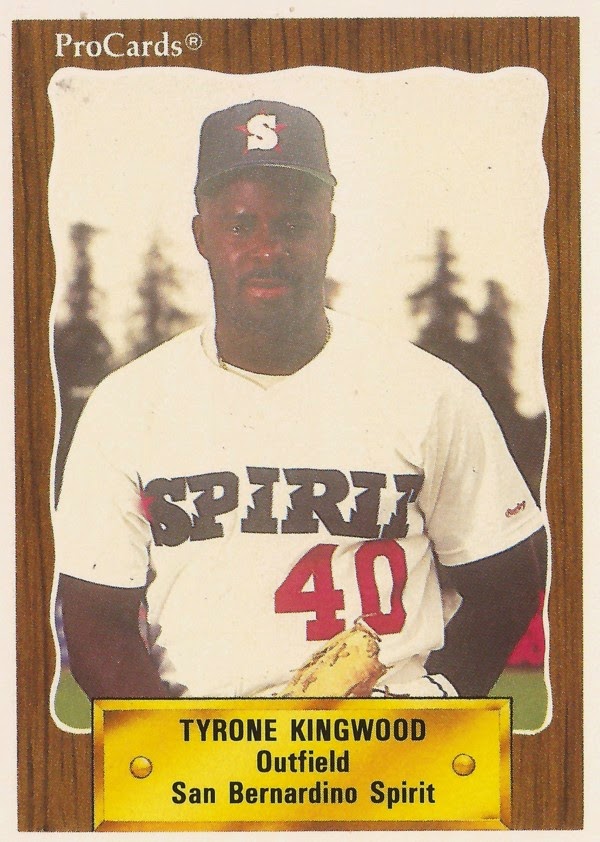 Tyrone Kingwood joined the Imperial Valley baseball team in 1988 and he excelled. He hit a home run in his first at bat and stole 13 bases without getting caught, The South Florida Sun-Sentinel wrote later.

In all, the former basketball player got into played in just 17 games for the school that spring but it was enough for the Montreal Expos, who took him late in the first round of the 1987 draft.

"As far as raw athletic ability," Imperial Valley basketball coach Jeff Deyo told The Sun-Sentinel. "There aren't many that compare."

Kingwood soon signed and he went off to play baseball as a pro. He ended up playing six seasons in five different organizations. He made AAA, but not the majors.

Kingwood was taken by the Expos 28th overall out of Imperial College.

For 1990, Kingwood moved to the Mariners system and high-A San Bernardino. By that August, he was with the Orioles at high-A Frederick.

"I think I have a good future here," Kingwood told The Newport News Daily Press after arriving at Frederick. "I'm just going to close my mouth and play hard."