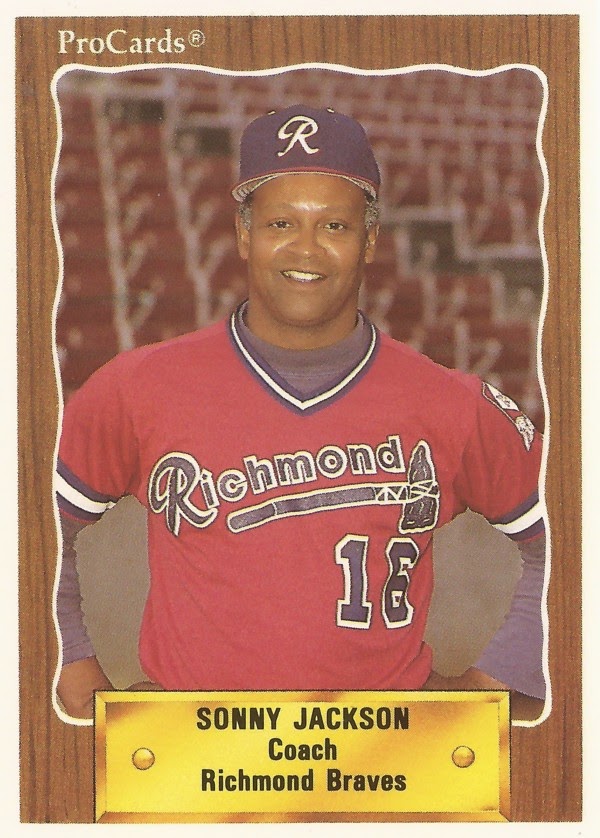 It was Sonny Jackson's major league debut that day in September 1963. His outing was unremarkable, he went 0-3. But it wasn't his performance that was notable. It was that he and his eight other teammates were there, all at the same time.

The Colts fielded an all-rookie starting lineup that day, with an average age of 19 years and eight months, "too young to vote, too young to drink and apparently too young to win in the majors," UPI wrote that day.

Some would go on to long careers in baseball, including the likes if Joe Morgan, Rusty Staub, Jimmy Wynn and Jackson.

While Morgan would move on to make a name for himself with the Reds, Jackson went on to the Braves, playing parts of seven seasons in Atlanta and parts of 12 seasons overall. The Braves was also the organization Jackson began his coaching career with, serving as hitting coach for rookie Kingsport in 1978, working with young players.

Jackson served as Atlanta's first base coach in 1982 and 1983, then on to AAA Richmond for 1989 and 1990. Jackson has since served as coach for the Giants in San Francisco, from 1997 to 2002. The third base coach, Jackson took some heat in August 2002 when he sent two consecutive runners home, both being cut down.

"It becomes noticeable when that happens," Jackson told The San Francisco Chronicle after the game. "You can't let it bother you."

He then followed Dusty Baker to the Cubs, serving through the end of Baker's tenure in 2006. Jackson then signed on with the Mets, as their minor league outfield and baserunning coordinator.

In 2008, Jackson was still working with the young players, trying to develop them into major leaguers.

"It's a process that goes over and over again," Jackson told The New Orleans Times-Picayune. "You've got to bear with them playing against older players and them learning."