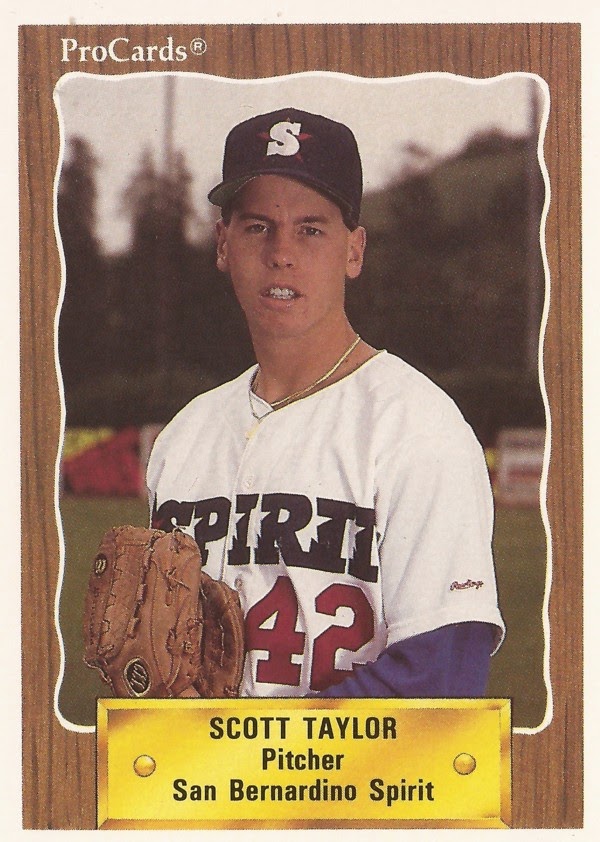 Scott Taylor had his post-playing career mapped out. He was going to be a pharmacist, he told The Milwaukee Sentinel.

But he wasn't there yet. He was in minor league camp and he was still playing.

"I'll do that when I'm no longer physically able to do this," Taylor told The Sentinel in spring 1995. "It's a young man's game - you've got to play when you're young. That's why I'm trying to have as much fun as possible now."

Taylor spoke to The Sentinel going into his seventh professional season. That was also the season he made the majors.

Taylor's career began in 1988, taken by the Mariners in the 15th round of the draft out of the University of Kansas.

At Kansas, Taylor drew the eye of scouts with what his good stuff, his coach told The Lawrence Journal-World after an April 1988 Taylor win.

"How many scouts were lined up to see him today?" Kansas coach Dave Bingham told The Journal-World after that win. "His stuff is good. "He doesn't know what to do with it all the time."

With the Mariners, Taylor didn't hit the field until 1989. He split time between single-A Wausau and AA Williamsport. He went 10-11, with a 3.92 ERA overall.

He moved to high-A San Bernardino for 1990, then to the Braves system for 1991. He played part of that season at AA Greenville. He moved to the Brewers and AA El Paso in mid-1992.

Taylor got the start against Boston July 28. In six innings, he gave up five earned. He also gave up two home runs and took the loss. He ended up getting two more starts, getting a win and another loss. He ended with a 9.39 ERA.

Taylor continued in the minors for another three seasons. He went through five other organizations. His final season came in 1998, splitting time between the Kansas City, Houston and Baltimore organizations, ending his career.
1990 Minor League Tally
Players/Coaches Featured:1,798
Made the Majors: 844 - 46.9%-X
Never Made Majors: 954-53.1%
5+ Seasons in the Majors: 362
10+ Seasons in the Minors:213
Posted by Steve78 at 1:00 PM