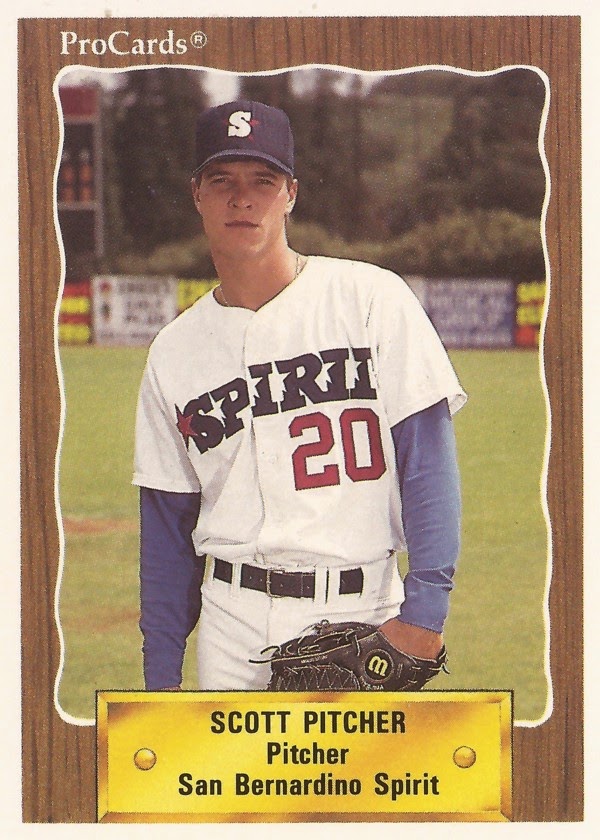 It was a minor adjustment for Mariners minor leaguer Scott Pitcher, but it seemed to be working, according to The Newport News Daily Press.

It had to do with where he started his pitching motion - at his chest, instead of his belt, The Daily Press wrote.

"He was all tied up," Pitcher's pitching coach at high-A Peninsula Paul Lindblad told The Daily Press. "It's a matter of getting your hands away from your body so you can get good arm circle. ... He's a lot more confident now in making adjustments while he's out there."

Pitcher was in his fifth season as a pro that year. He soon found himself at AA, but the adjustments he made never got him to the majors.

Pitcher's career started in 1987, taken by the Mariners in the 34th round of the draft out of Hillsborough Community College in Florida.

At Hillsborough, Pitcher was involved in a legendary game and gave a legendary pitching performance. It was a 32-inning game against Manatee Community College and Pitcher pitched 20 of them. He got the win and struck out 19.

Pitcher made high-A San Bernardino in 1990 and then split 1991 between San Bernardino and Peninsula. He also tried his hand at starting that year. In 17 starts at Peninsula, he had a 4.65 ERA and a 3-8 record.

In 15 relief outings back at Peninsula in 1992, he gave up just two earned in 26 innings. He then got his first time at AA, getting 23 outings, six starts at Jacksonville. He had a 3.41 ERA there.