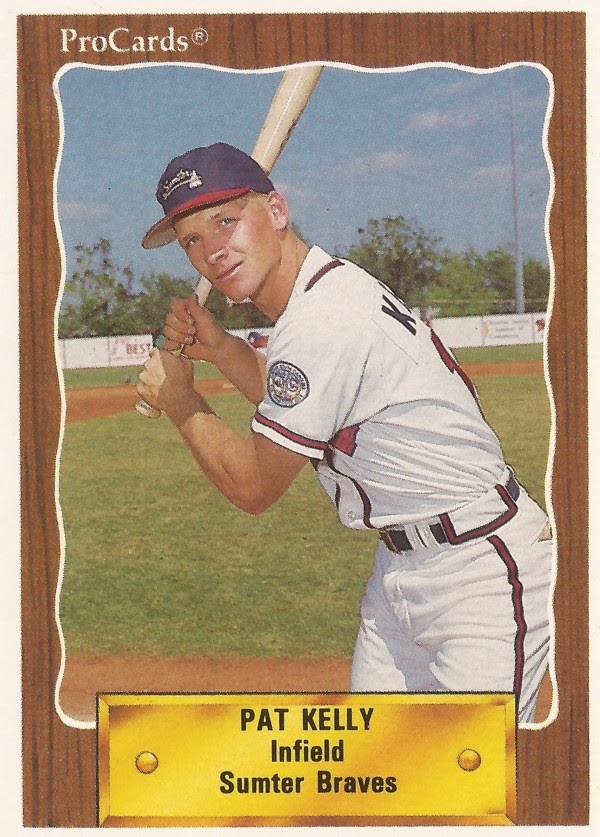 Pat Kelly needed to get to third in this May 1990 game and he got there with an athletic move around a tag, The Sumter Item wrote. He soon scored the winning run.

Afterward, Kelly's move to get to third drew praise from his manager, Ned Yost, according to The Item.

"Pat Kelly has that bulldog gamer attitude," Yost told The Item. "He's a winner and he's always going to do what it takes to win."

Kelly made that move in his second season as a pro. He went on to play in seven professional seasons, but he could never make the move to the majors.

Kelly's career began in 1989, signed by the Braves as an undrafted free agent out of Missouri State. He played his high school ball in Waukegan, Ill.

That May, Kelly and teammate Gene Martin received notice from his hitting coach Ralph Rowe, according to The Item.

"Kelly was a backup infielder and Martin was the fifth outfielder when they came here," Rowe told The Item, "but they both keep getting better every day."

Kelly moved to high-A Durham and AA Greenville for 1991. He hit .271 between them. He then played 1992 largely at Greenville. He also got six games at AAA Richmond.

Kelly made Richmond exclusively in 1994. In 75 games there, he hit .270. He started 1995 back at Richmond but moved to the Blue Jays system part way into the year.

He played with the Blue Jays at AA Knoxville and AAA Syracuse. In 88 games in all that year, he hit just .207. It was his final season as a pro.

Kelly has since returned to the Chicago area. In 2014, he served as a security guard and lunch monitor at Libertyville High School. He spoke to the school's student publication Drops of Ink in October 2014 and he recounted life in the minor leagues.

"It was like being in a bubble. You don’t think about a lot of things besides baseball… When you are playing baseball every day and fans are coming out to watch you, you kind of lose touch with the real world," Kelly told the publication. "I enjoyed it though because I felt like I was always getting better the more I practiced and played."
1990 Minor League Tally
Players/Coaches Featured:1,822
Made the Majors: 852 - 46.8%
Never Made Majors: 970-53.2%-X
5+ Seasons in the Majors: 365
10+ Seasons in the Minors:215
Posted by Steve78 at 9:45 PM