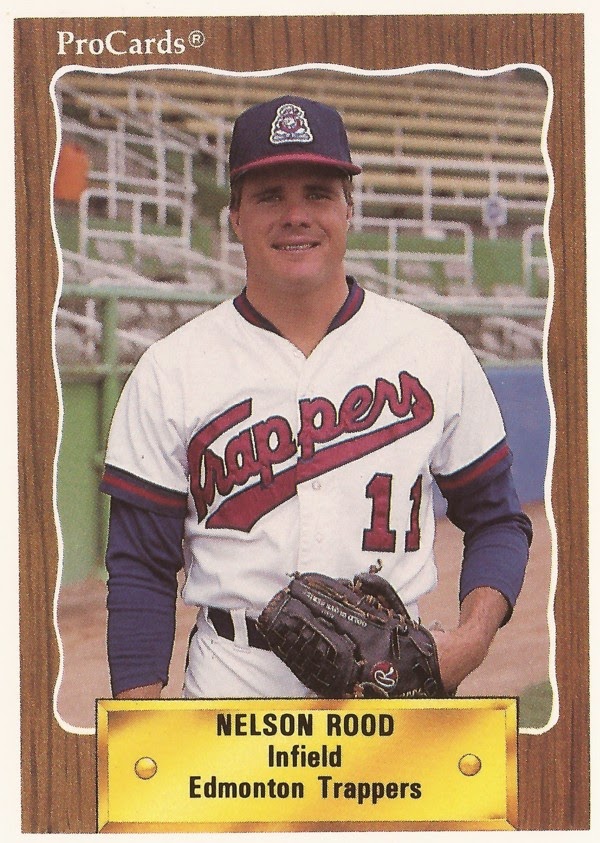 Nelson Rood wasn't a player to concern himself with whether he'd make the major leagues, according to The Lakeland Ledger.

"I'm not worried. You've got to relax to play this game," Rood, then playing at single-A Daytona Beach told The Ledger in July 1984. Aiming to impress, makes a player press, he added.

"I'm a Christian, it ties strongly with my game," he told the paper. "My definition of success is not necessarily defeating my opponent. It transcends that."

Rood successfully played in eight professional seasons, six of those at the AAA level. But he wouldn't succeed at making the majors.

Rood was selected by the Astros in the 13th round of the 1983 draft, taken out of Florida Southern. In college, Rood had some speed. He had 37 stolen bases by late April his final season. His 38th came on a daring steal of home, according to the St. Petersburg Evening Independent.

Sent later that year to short-season Auburn, Rood hit .233, but stole another 16 bases.

He started his second campaign at Daytona Beach, earning a slot in the Florida State League All-Star Game. He hit a bases loaded triple in one May game. It was shortly after his All-Star honors that Rood won a mid-year promotion to AA Columbus. He made AAA Tucson in 1985, where he would remain for the remainder of his minor league career.

"They all have the ability to get there, but will need a break," coach Chuck Anderson told The Ledger, speaking of several graduates. "Luck has so much to do with it. Nelson Rood is playing Triple A ball and has a good shot."

Rood stayed with the Astros system and at Tucson through 1988. He joined the Brewers at AAA Denver for 1989. For 1990, he joined the Angels system, but played in just 18 games for AAA Edmonton, ending his career.

Rood went on to manage a year with the Arizona League Giants in 1991 and coach with the Clinton Giants in 1992. He then scouted for the Astros through 1996, the joined the Devil Rays.

The scouting business wasn't on his mind back in 1984, speaking to The Ledger. Asked what would happen if he didn't make it to the majors, Rood suggested he'd go back home and continue what he'd been doing in the off-season: selling cemetery property.