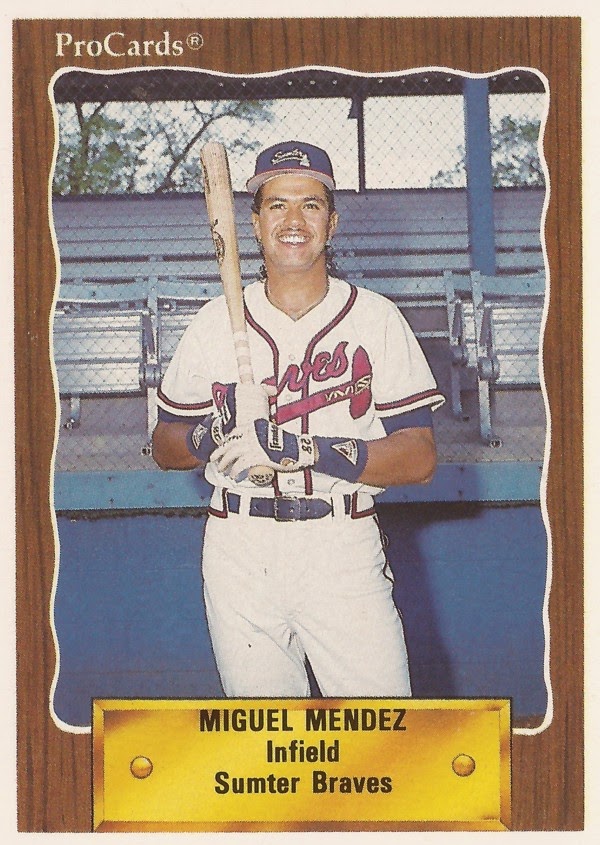 Coming out of spring 1990, Miguel Mendez was expected to go to single-A Sumter.

The third-baseman had hit .288 in the Gulf Coast League in 1989. The Sumter Item had him penciled in at second base.

Mendez did go to Sumter in 1990, but he didn't play second. He played at third. He also played in only three games there. He got into other games back in the GCL, but it was his final season as a pro.

Mendez' career began in 1989, signed by the Braves as a free agent out of his native Dominican Republic.

Mendez played that first season in 1989 with the Braves' GCL team in Bradenton. He got into 28 games, hitting two home runs and knocking in 16. He also stole five bases.

Mendez then moved to Sumter to start 1990. But he got into just three games. He picked up one hit in nine at bats. He also stole one base.