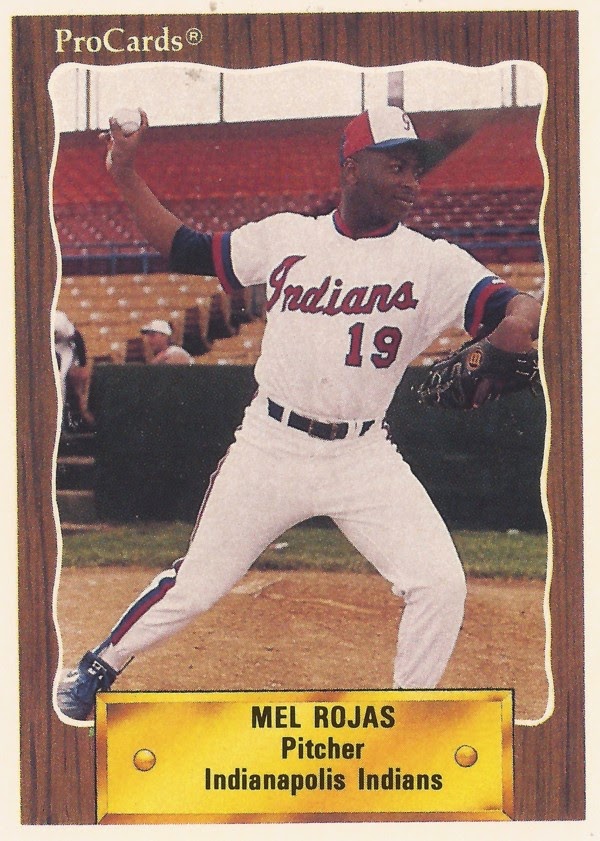 The Expos lost their top closer for 1995, but manager Felipe Alou believed they'd be OK, according to The South Florida Sun-Sentinel.

That's because they had Mel Rojas.

"The best thing that could happen when you lose a man like (John) Wetteland is to have a guy like Rojas to take the job," Alou told The Sun-Sentinel.

Rojas took over the Expos closing duties that year after three solid years as a reliever for the team. He ended up having two seasons with 30 or more saves. In his 10-season career, Rojas saved a total of 126.

Rojas' career began in 1985, signed by the Expos as a free agent out of his native Dominican Republic. His uncle happened to be Alou himself.

Rojas started in the rookie Gulf Coast League in 1986. He moved to single-A Burlington in 1987. He made AA Jacksonville in 1989 and then AAA Indianapolis in 1990.

Then, in 1995, he became the Expos closer. That May, he came into the 13th inning and picked up his fifth save of the year. He got that save after concerns over a high work load in previous days, according to The Associated Press.

For 1997, Rojas got a big contract to be the closer for the Cubs. He stayed through August, when he was traded to the Mets. In 77 outings on the year, he saved just 15.

Going into 1998, Rojas hoped to return to form with the Mets, according to The New York Times.

In 50 outings that year for the Rojas had an ERA of 6.05. He played just one more season after that, getting 13 outings in 1999 between the Dodgers, Tigers and Expos, ending his big league career.

Rojas played briefly in 2000. He then played in independent ball and Mexico, throwing his final pitch in 2004.