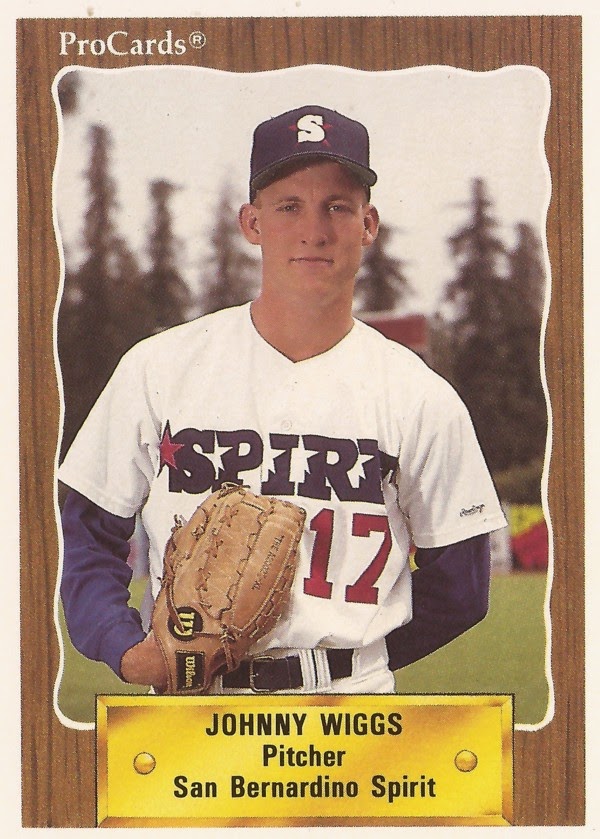 Johnny Wiggs was a reliever in the pros and that was what he liked to do, he told New York Times Regional Newspapers.

Wiggs spoke to the news service after his first professional as a pitcher for the short-season Bellingham in the Mariners system.

"I'm the emotional type and it's a lot easier to pitch with emotion for just one or two innings rather than nine," Wiggs told the service. "In a relief role, I don't have to pace myself."

Wiggs went on to pitch professionally for five seasons, doing so largely in relief. He made AAA, but he didn't make it higher.

Wiggs' career began in 1989, signed by the Mariners as a free agent out of the University of Florida. Wiggs also attended Sante Fe Community College.

At Sante Fe in 1987, Wiggs, serving as a starter, threw a six-hitter in a tournament win. His coach Daryl Lauderdale told The Gainesville Sun Wiggs pitched a "beautiful ballgame."

With the Mariners, Wiggs played his first season at Bellingham and he pitched in relief. In 22 outings, he had a 1.58 ERA.

He played 1991 largely at high-A Peninsula. He also got six outings at AA Jacksonville. He gave up six earned in 13.1 innings at AA.

Wiggs then started 1992 back at Jacksonville, but he got just eight outings. He then moved to the Tigers system and high-A Lakeland.

By July, he was done, deciding to retire and move on, according to The NYT Regional Newspapers. His plans were school and coaching.

"I want to get myself into the system in the college ranks," Wiggs told the news service. "It's just a matter of getting in there and getting your dues in."

Wiggs went on to coaching, but he did play part of one final season as a pro in 1995. He played in 14 games, ending his playing career.

Wiggs served as an assistant coach in college. By 1999, he was a head coach at Polk Community College in Florida. In 2006, he returned to Santa Fe as head coach.

In September 2013, Wiggs praised his team, even after early errors in a game get out of hand.