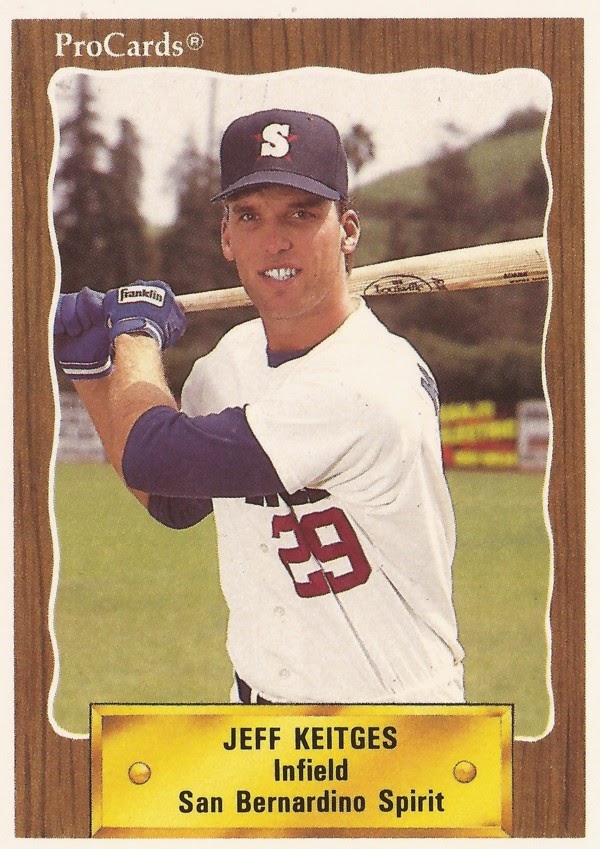 The San Bernardino Spirit had a big night in this August 1990 contest and helping them get there was Jeff Keitges, according to The Seattle Times.

The Spirit scored 16 runs in this game. Keitges was responsible for at least three of those on a home run, The Times wrote.

Keitges hit that home run in his third season as a pro. He ended up getting into just one more season. He never made AA.

Keitges' career began in 1988, taken by the Mariners in the 54th round of the draft out of American River College in California.

Keitges played the summer of 1987 Keitges helped a team in Red Oak, Iowa, to the National Baseball Congress in Wichita. In one game there, Keitges hit two home runs and knocked in six.

Keitges played his first season at single-A Wausau. He hit .234 in 71 games. He also hit seven home runs and knocked in 38.