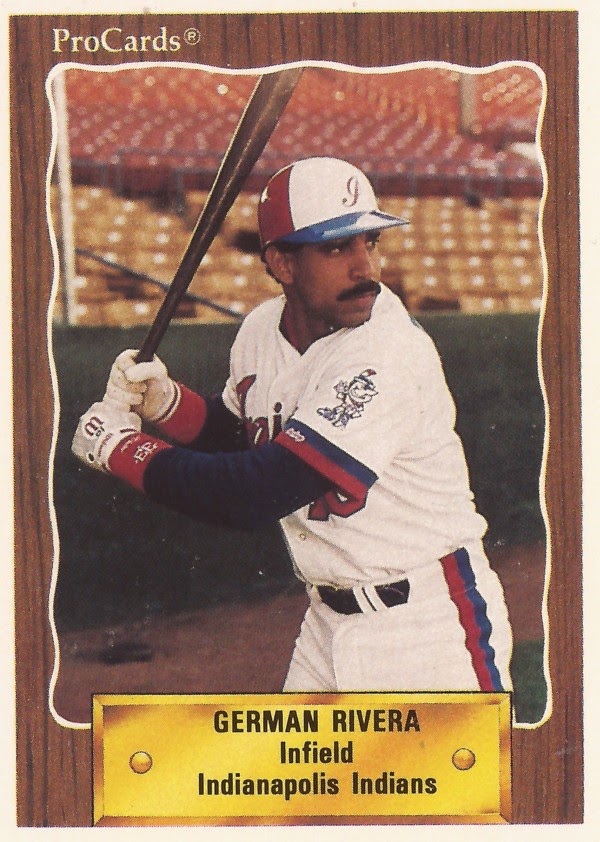 German Rivera didn't hit it that hard, he told The Toledo Blade after this July 1987 game, but it was just right.

But, in the top of the ninth inning, the ball got down and resulted in two runs and a Toledo lead, The Blade wrote.

"Baseball is a funny game," Rivera told The Blade afterward. "What I needed was a little luck."

Baseball was a game where Rivera saw the majors in parts of three seasons to that point, including one where he got into 94 games. He went on to play a season in Japan, but he never returned to the bigs.

Rivera's career began in 1977, signed by the Dodgers as a free agent out of his native Puerto Rico.

Rivera played his first season in 1978 between rookie Lethbridge and single-A Clinton. He then played his next three seasons at single-A, including time at Clinton, Vero Beach and Lodi.

Rivera made AA San Antonio in 1982 then AAA Albuquerque in 1983. He then made Los Angeles as a September call up.

Rivera's major league time in 1985 was limited to another 13 games with the Astros. He hit just .194 and never got back.

Rivera returned stateside in 1990, playing one final season in affiliated ball. He spent the year at AAA Indianapolis for the Expos.