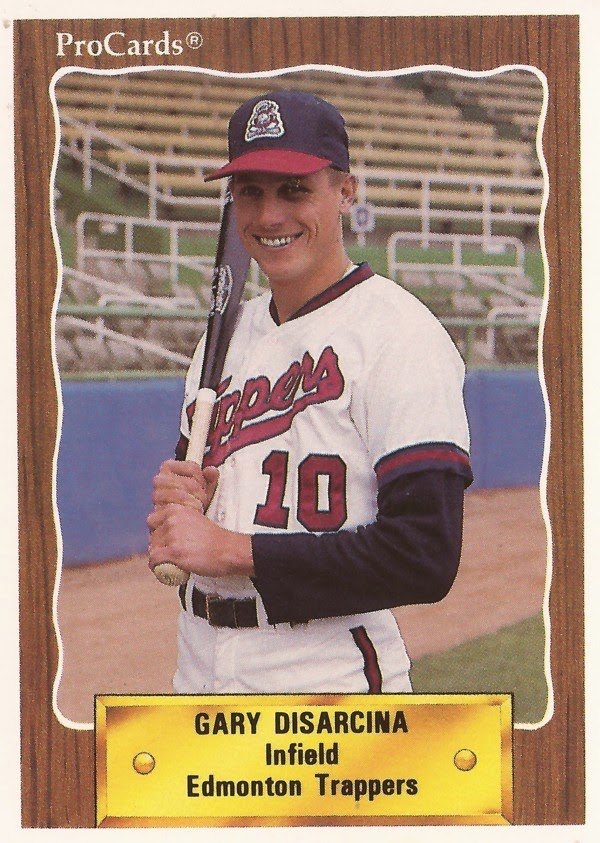 After a season at AA Midland in 1989, Gary DiSarcina had already packed it in and headed back to work on his degree. That's what he was told to do, he told The Los Angeles Times that September.

Then injuries meant the Angels needed him.

"I was just getting settled in at school," Disarcina told The Times after his call-up. "I got all my classes and bought a couple of books. But, I'm grateful for the opportunity."

It took DiSarcina a couple seasons, but eventually he'd get settled into the Angels' regular starting shortstop job for much of the next decade.

DiSarcina's career with the Angels began in 1988, taken in the sixth round out of the University of Massachusetts Amherst.

DiSarcina started at short-season Bend, hitting .305. He moved to AA Midland for 1989, hitting .286 on the year and getting that September call-up. He got into two games for the Angels, without getting a plate appearance.

Over the next two seasons, DiSarcina played mostly at AAA Edmonton. But he did get into 18 games apiece. It was in 1992 that DiSarcina became a regular in Anaheim. He played the entire season with California, hitting .247.

In August 1992, a ninth-inning DiSarcina bloop single proved the difference in a game against Boston.

"Things fell into place," DiSarcina told The Associated Press after that game. "I was up at the right time, the best time to hit, 3-2, two outs, the game on the line."

The next year, though, DiSarcina started off slow. Going into June, he was hitting just .207, The Times wrote. Then he broke out with four hits in one game, one of the hits a three-run home run.

"I've been trying to tell myself the whole year to keep grinding it out, forget about the first month and past failures and try to do something little each day," DiSarcina told The Times after that June 1996 game.

Upon returning to the Angels, DiSarcina told The Times he returned to the stadium and all his memories as a player came back.