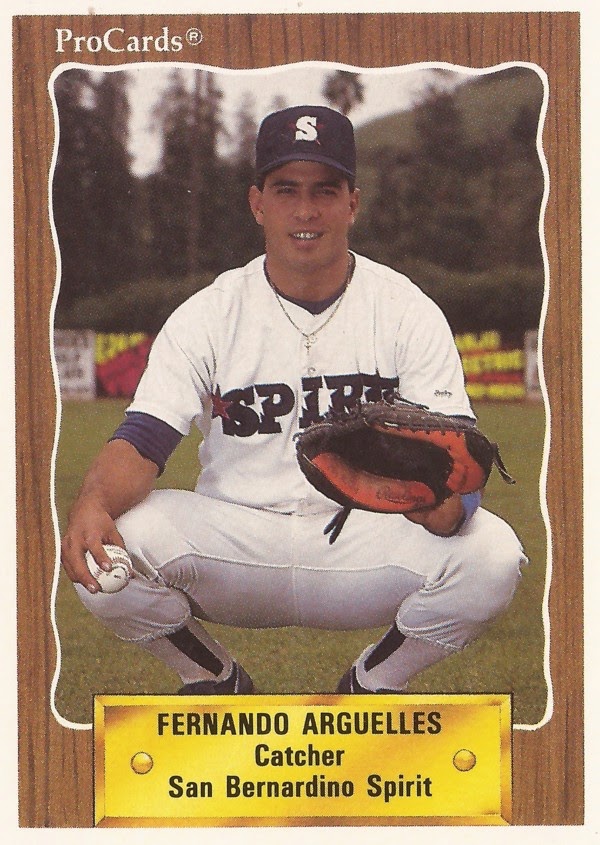 Fernando Arguelles knew what it was like to be at the top. He had been there with his Florida Southern College three years earlier.

In 1988, he got to go there again, helping his teammates there, as well, as Florida Southern again won the NCAA Division II championship.

"I wanted this one not just for myself," Arguelles told The Associated Press afterward. "I wanted it more for the guys who have never been here."

Arguelles' career began that year in 1988, taken by the Pirates in the 46th round of the draft out of Florida Southern.

At Florida Southern, Arguelles scored three times and knocked in four in an April 1987 game. In a March 1988 contest, the catcher went 4 for 4, scoring all four times.

With the Pirates, Arguelles started at short-season Watertown and single-A Augusta. He hit .222 over 32 games, with seven RBI.

Arguelles moved to the Mariners system for 1990, signing with them as a free agent. Assigned to high-A San Bernardino, he had perhaps his best year. He hit .249 in 82 games.

Auguelles then went on to another career, one in scouting for the Mariners. In February 1993, Arguelles assessed some Cuban defectors, finding they needed some work.