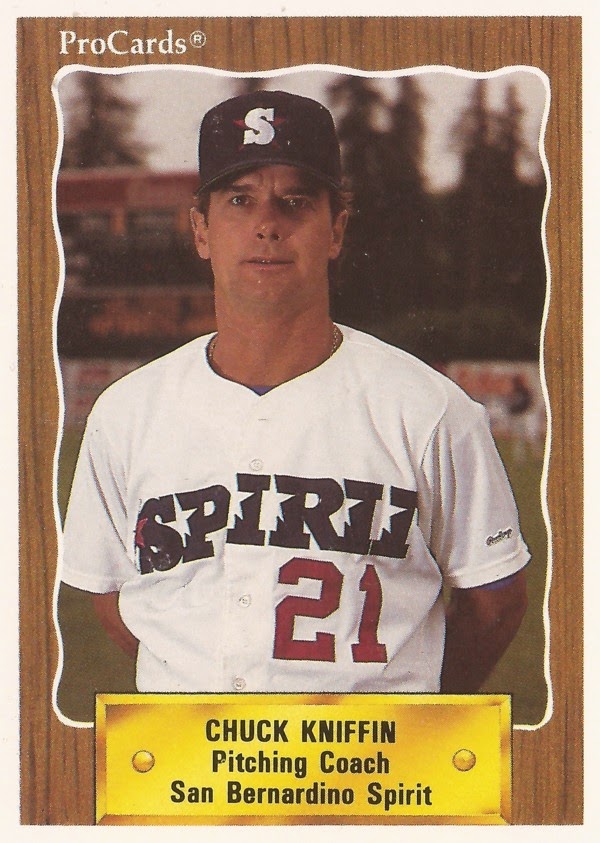 Chuck Kniffin had worked with Byung-Hyun Kim and his unusual delivery in the minors. Now, in spring 2002, Kniffin was trying to help him in the majors in Arizona, according to The Associated Press.

The difficulty: Kim was coming off his personally disastrous performance in the 2001 World Series.

"People, especially right-handed hitters don't see that angle a lot, so he doesn't have to be fine in the zone," Kniffin told The AP. "He just needs to attack with his strengths and not pitch tentative."

Kniffin joined the Diamondbacks as their major league pitching coach in 2002 after more than a decade as a coach in the minors.

Kniffin also made the majors that year more than two decades after his own playing career ended. As a player, he made it as high as AAA, but not the bigs.

Kniffin's career in baseball began in 1969, taken by the Phillies in the 25th round out of the University of Tampa.

Kniffin made AA Reading in 1973, going 10-6, with a 4.34 ERA. He had a run of six-straight wins that July. He played parts of four seasons at Reading. He then played two full seasons at AAA Oklahoma City, his career ending in 1978.

By 1988, Kniffin was back in the minors as a coach in the Mariners system. He moved to the Expos system by 1992, then the Diamondbacks system by 1997.

In 2002, Kniffin watched over a world champion pitching staff that included Randy Johnson and Curt Schilling.

"Kniff had to deal with not getting a chance, never getting to reach his dream," one of his pitchers Mike Morgan told the Phoenix New Times that June. "For him to finally get up here at the age of 51 has got to be a thrill. He's got to deal with all kinds of personalities, all kinds of situations, and he's doing fine."