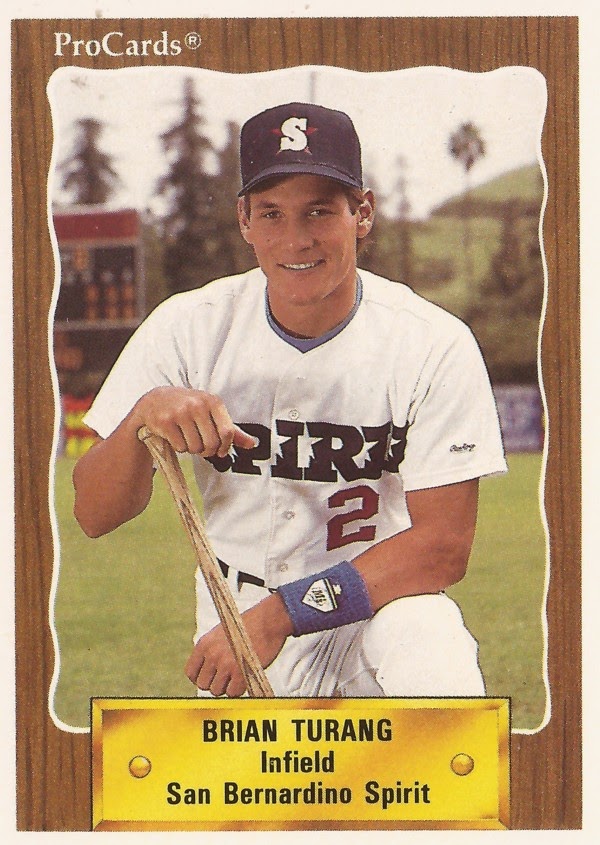 Brian Turang wasn't a major league prospect, he recalled to The Seattle Times being told. He wasn't good enough.

Taken in the 51st round of the 1989 draft, Turang was roster filler, he was told, according to The Times.

"I had to carry that No. 51 around with me, no excuses, no lies," Turang told The Times in February 1994. "It could have added pressure. I decided to make it motivate me."

Turang spoke to The Times already having 40 major league games under his belt and as he was in good position to get more.

Turang's carer began as the Mariners took him in that late round of the 1989 draft out of Loyola Marymount University in California.

He started with the Mariners at short-season Bellingham. He hit .285 in 60 games. He then made high-A San Bernardino in 1990, then AA Jacksonville in 1991.

Turang then played all of 1992 back at Jacksonville. He hit .251 on the year. He hit a home run in a June game, helping his team to a win.

Turang returned to the Mariners in 1994. He hit .188 in 38 games. That July, Turang picked up three hits in a game, including the game-winning single in the 10th, according to The Associated Press.

"I was a little nervous," Turang told The AP after that game-winner. "I was trying to hit the ball up the middle or get it up in the air and get the man in from third base."