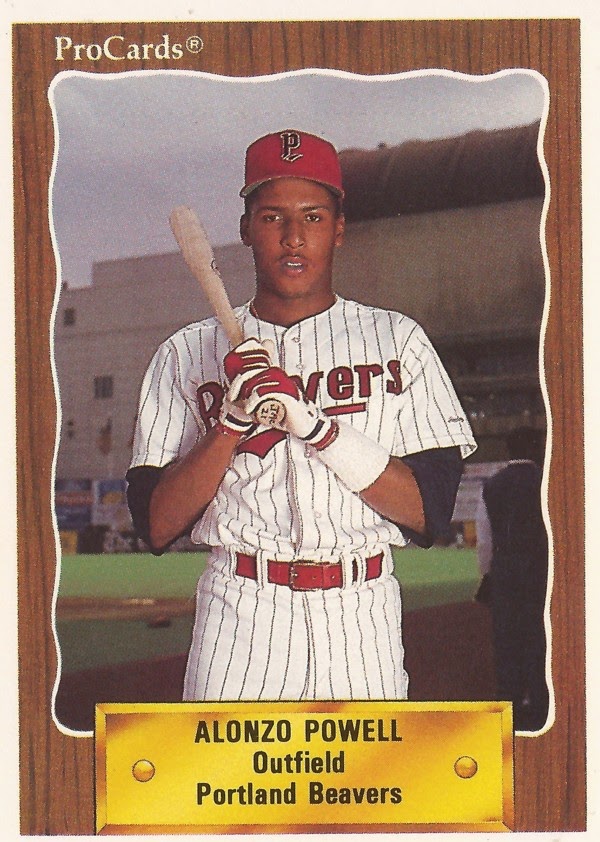 Alonzo Powell didn't make the Mariners out of spring training 1991, but he just went back to the minors and kept working, he told The Seattle Times that May.

He spoke after he got his call back to the bigs. It was his second trip there. It also came nearly four years after his first trip.

"I really didn't have any idea they were going to call me," Powell told The Times after that call up. "My job was to go down there and play hard, and if something happens, it happens. I'm not really the kind of guy who tries to wonder what's going on in Seattle. I just do my job."

Powell's job that year resulted in him getting into 57 games for the Mariners. His biggest job, though, was yet to come.

Powell's biggest job came the next year with the start of seven seasons in Japan. Powell hit over .300 in five of those seasons and won the batting title there in three.

Powell's career began in 1983, signed by the Giants as an undrafted free agent out of Lincoln High School in San Francisco.

Powell played his first season between rookie Great Falls and single-A Clinton. He made AA in his fourth season, after moving to the Expos system.

"There are two things I like about (Powell)," Montreal manager Buck Rodgers told The South Florida Sun-Sentinel that spring. "I like his all-around ability ..... he's not a one- or two-dimensional ballplayer. (And) he's up there taking his rips against the pitchers."

Powell stayed with the Expos through 1989, but he didn't return to Montreal. Instead, he played at AAA. He moved to the Twins system in 1990, then the Mariners for 1991.

For each of his batting titles, the team sold Powell T-shirts with his caricture and batting average. He was a popular player, according to The Japan Times.

Powell returned stateside in 1998. He played three more seasons in the minors and one more in independent ball, ending his career.

Powell has since gone on to another job, one in coaching. He started at AA Chattanooga as hitting coach. He then turned manager at single-A Dayton. He moved to the Mariners system in 2007. In 2010, he made it back to the majors as Seattle hitting coach.

Since 2012, Powell has served as assistant hitting coach with San Diego, continuing in that role in 2014. He worked with hitting coach Phil Plantier.