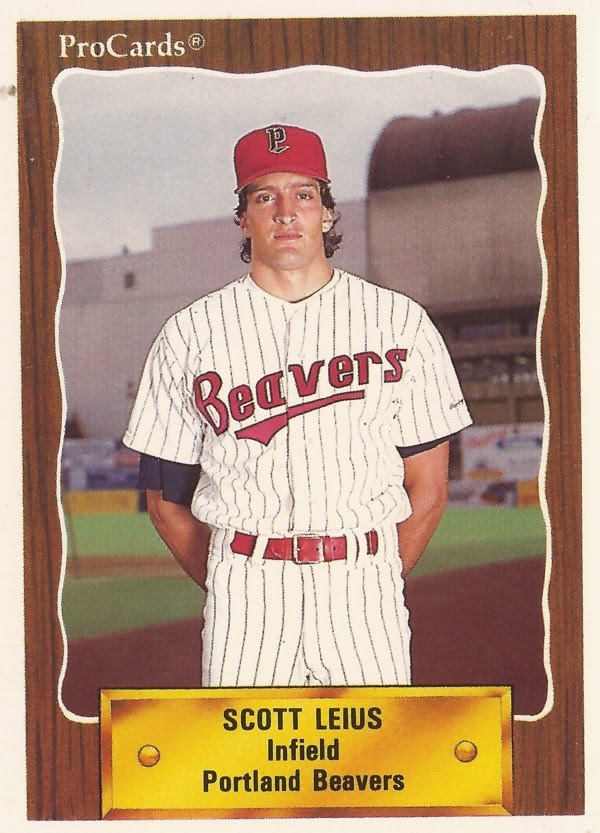 Scott Leius only hit five home runs all year, The Associated Press wrote. His sixth, though, came when it counted - in a tie game, Game 2 of the World Series.

In the eighth inning, the game tied at two apiece, Leius came up with the bases empty and facing Tom Glavine.

"I was just looking to get on base and he laid it in there," Leius told The AP afterward. "Once I saw it go out, I was just trying to touch all the bases, to make sure that was covered. I've never done anything like this. Well, maybe in whiffle ball."

Leius' Twins went on to win that game, and the series. Leius went on to a career in which he played parts of nine seasons in the bigs, his last coming in 1999.

Leius' career began in 1986, taken by the Twins in the 13th round of the draft out of Concordia College-Bronxville.

He played his first year at rookie Elizabethton, hitting .278 in 61 games. He made single-A Kenosha in 1987, then AA Orlando in 1989. With Orlando, Leius helped his team to the playoffs with a .303 batting average and four home runs.

In the Southern League playoffs that year, Leius gave a glimpse of what was to come. In Game 2 of the Eastern Division series, Leius came up in the fourth inning and broke a 2-2 tie with, of all things, a home run.

"We're a far better team with Leius in the lineup," Orlando manager Ron Gardenhire told The Orlando Sentinel afterward. "We were 19-21 in the games he missed, 60-44 when he played. Today's performance was rather typical of what he did for us all year at bat and in the field."

Leius has since moved to the Chicago area, working with an IT company, according to MLB.com. He also continues with baseball, working with kids through Big League Baseball Camps.

"I love being involved with the kids," Leius told MLB.com in 2008. "I want to be a good influence and mentor to them."