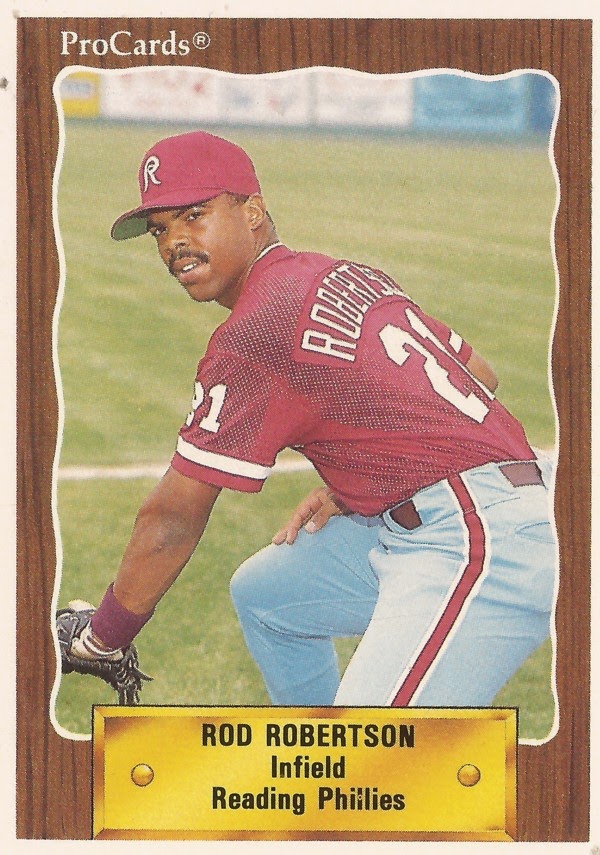 Robertson's career began in 1986, taken by the Phillies in the third round of the draft out of West Orange-Stark High School in Texas.