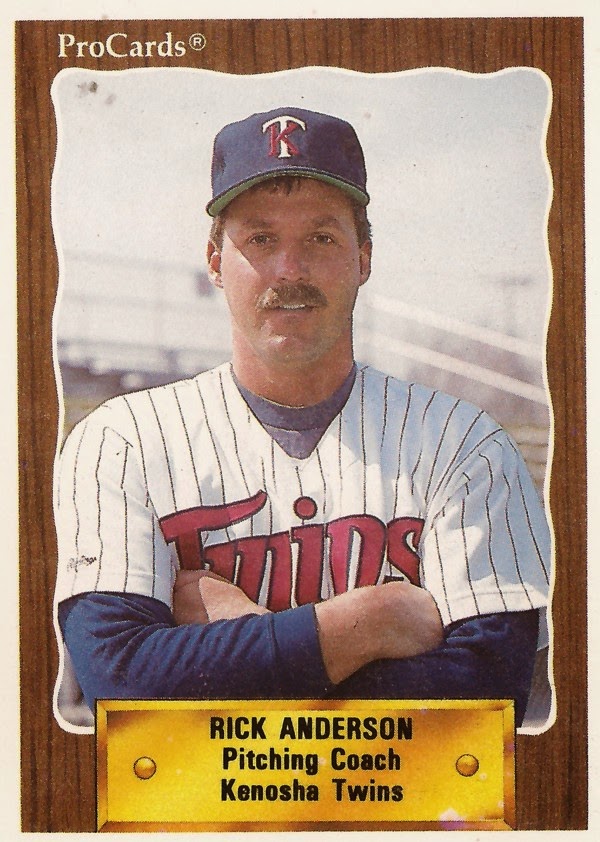 Rick Anderson's performance was a bonus. That he was there was what mattered, according to The Associated Press.

Anderson made his major league debut for the Mets June 9, 1986, in his ninth season as a pro. He went seven innings, giving up just one unearned run.

"I never thought I'd be brought up in the first place," Anderson told The AP afterward. "It seemed out of the realm of possibility after spending so many years in the minors."

Anderson eventually saw time as a player in three major league seasons. Later, he got back to the majors, spending many years as a coach for the Twins.

Anderson's career in baseball began in 1978, taken by the Mets in the 24th round of the draft out of the University of Washington.

Anderson started at short-season Little Falls. He made AA Jackson in 1979 and then AAA Tidewater in 1980. He then largely stayed at AAA for the next six seasons.

Anderson then finally made the majors in 1986. He got into 15 games, starting five. He also had an ERA of 2.72 for the eventual World Series champions.

"I told my wife if I don't get a chance this year, I'd be a coach or scout," Anderson told The New York Times News Service that October. "I didn't dream I'd get a chance. I just figured it would never come."

Anderson got another 13 major league outings over the next two seasons, all after being traded to the Royals.

Anderson's coaching career began soon afterward with the Twins. He served as pitching coach in the Gulf Coast League in 1989, then single-A Kenosha from 1990 to 1992.

For 2002, Anderson returned to the majors as Ron Gardenhire's pitching coach in Minnesota. In 2004, Anderson worked with a younger Twins pitching staff. He also had the same success he'd had in his first two years.

"Overall, it's probably the best we've been," Anderson told Knight Ridder Newspapers that August. "The first two years, it was more about just an incredibly strong bullpen, and the starters were just OK. This is pretty much the total package."