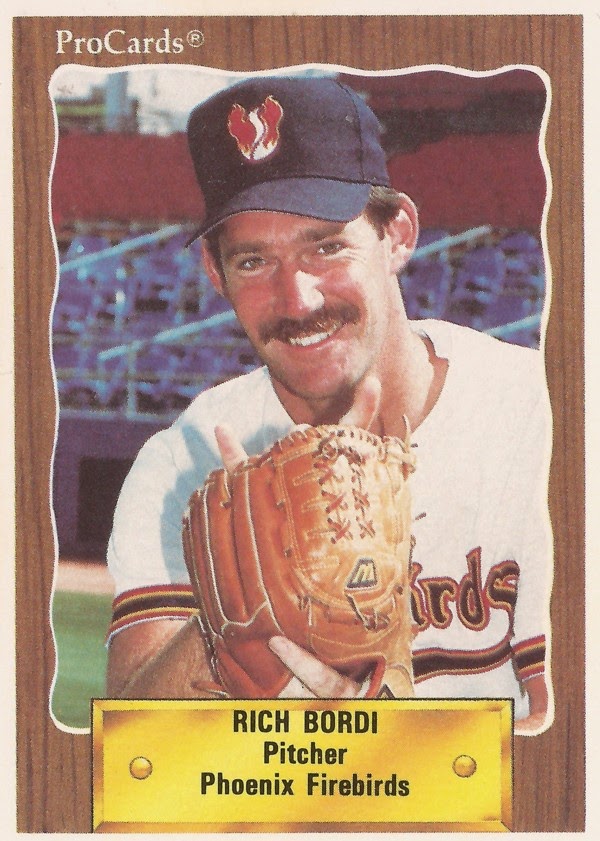 Rich Bordi's first stint with the Mariners in 1982 started rocky. He gave up eight earned, while getting only two outs.

Speaking to The Deseret News later, Bordi believed he knew what was wrong: His family was there and he gave the big league hitters too much credit.

"I tried to be too fine with my pitches," Bordi explained to The News after returning to AAA Salt Lake City. "But then I came out of the bullpen twice against the Angels and I was happy with my work. I started feeling good and Seattle knew it. I think I am in their plans somewhere in the future."

Bordi ended up having a future in the majors, just with other teams. He went on to pitch in six more major league seasons, spending time with the Cubs, Yankees, Orioles and Athletics before finally throwing his last big league pitch in 1988.

Bordi's career began in 1980, taken by the Athletics in the third round of the 1980 draft out of Fresno State University.

Bordi began with the Athletics at AA West Haven. He also made the unusually quick jump directly to Oakland in July. He got into a single game July 16, giving up one run in two innings of work. He played the rest of the year at AA.

Bordi then pitched most of 1981 at AAA Tacoma, getting another look at Oakland. He got into two major league games, giving up no runs in two innings.

Bordi, though, didn't make the team's post-season roster. The day he learned that, according to The Associated Press, Bordi came on in relief and picked up the loss. He gave up three earned in a single inning of work.

"It's an all-around bad day," Bordi told The AP. "I just should have called in sick."