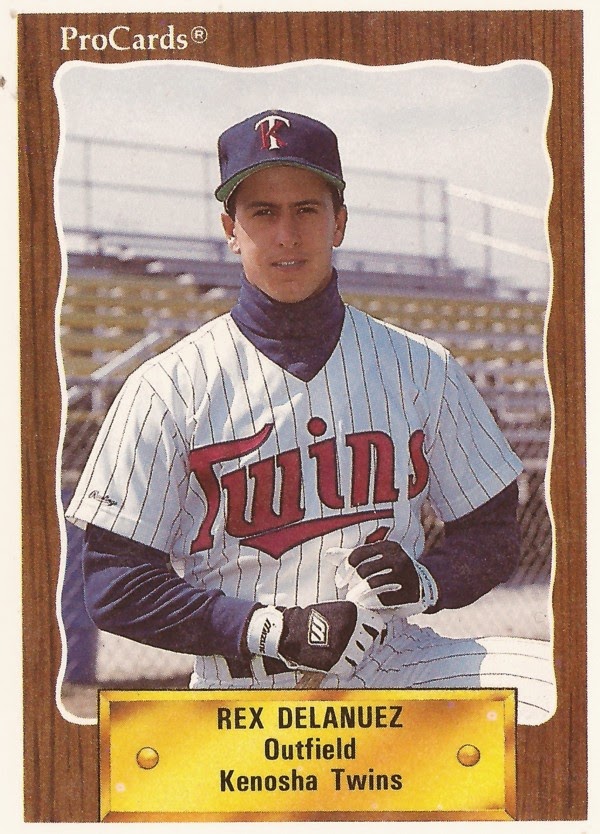 Rex De La Nuez used his arm to help save an Orlando win in July 1992, The Orlando Sentinel wrote.

In the bottom of the ninth, with two outs, De La Nuez threw out a runner at home to end the game. The ball arrived at catcher Joe Siwa on the fly, The Sentinel wrote.

''I was hoping for a collision at home,'' Siwa told The Sentinel. ''But Rex just charged the ball aggressively, and his throw was perfect even though it was a wet baseball.''

De La Nuez made that throw in his fourth season as a pro. He went on to play in 10 pro seasons. He never made the majors.

De La Nuez' playing career began in 1989, taken by the Twins in the 22nd round of the draft out of Cal State-Los Angeles. De La Nuez' name is sometimes spelled Rex Delanuez.

De La Nuez stayed at AA for the Twins in 1993, playing at Nashville. It was his final season with the Twins organization.

He played 1994 in independent ball, then 1995 with the Tigers at AA Jacksonville. He then played in Mexico for two seasons and the independent Atlantic League for one, ending his career.

De La Nuez has since gone on to be a coach and a scout in the Reds organization. In 2011, De La Nuez told the blog Baseball by the Yard the best thing about being a scout.