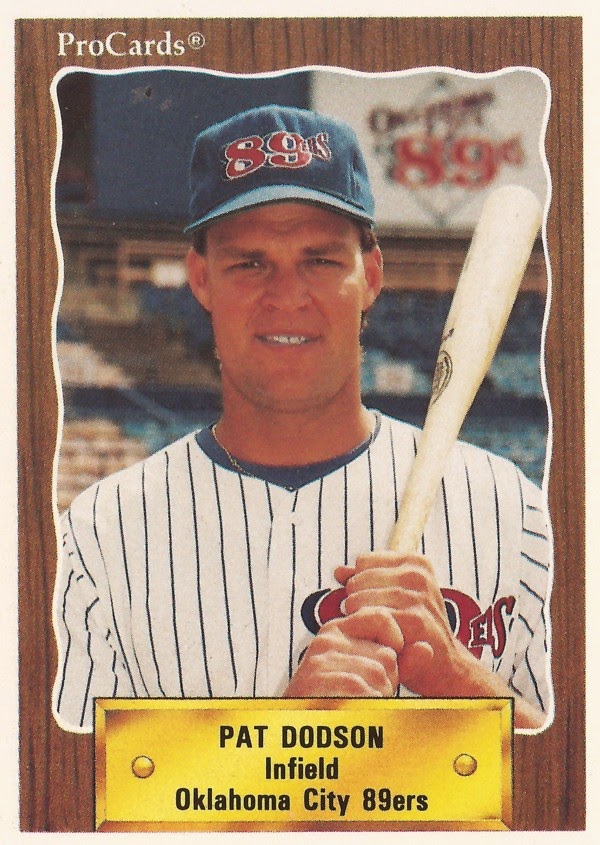 Pat Dodson put up an impressive spring in 1987. The question was, according to The South Florida Sun-Sentinel, was it good enough for him to stick with Boston?

"I really don't know what to think. I don't know if I'm going to make the team or not," Dodson told The Sun-Sentinel. "I've had a great spring. I've hit well and I've shown (manager John McNamara) that I can play the position."

Dodson's career began in 1980, taken by the Red Sox in the sixth round of the draft out of the University of California, Los Angeles.

Dodson started at single-A Winter Haven. He hit .274 in 61 games. He then returned to Winter Haven in his next two seasons. In a July 1982 game, Dodson hit a three-run home run.

"I didn't hit it real good," Dodson told The Lakeland Ledger after that 1982 game, "but the wind took it."

It was in September 1986 that Dodson made his major league debut. He got into nine games that September, 12 at bats. He picked up five hits.

That June, Dodson played with Pawtucket and hit two home runs in one game. He admitted to The Syracuse Post-Standard that he originally had a bad attitude after being sent down from his April stint in the majors. "I've been slowly coming out," Dodson told The Post-Standard.

Dodson got into another 17 games for Boston in 1988. He picked up eight hits in 45 at bats, ending his major league career.

He went to Japan in 1989, playing six games for Kintetsu. He then returned stateside and played 23 games at AAA Oklahoma City, ending his career.