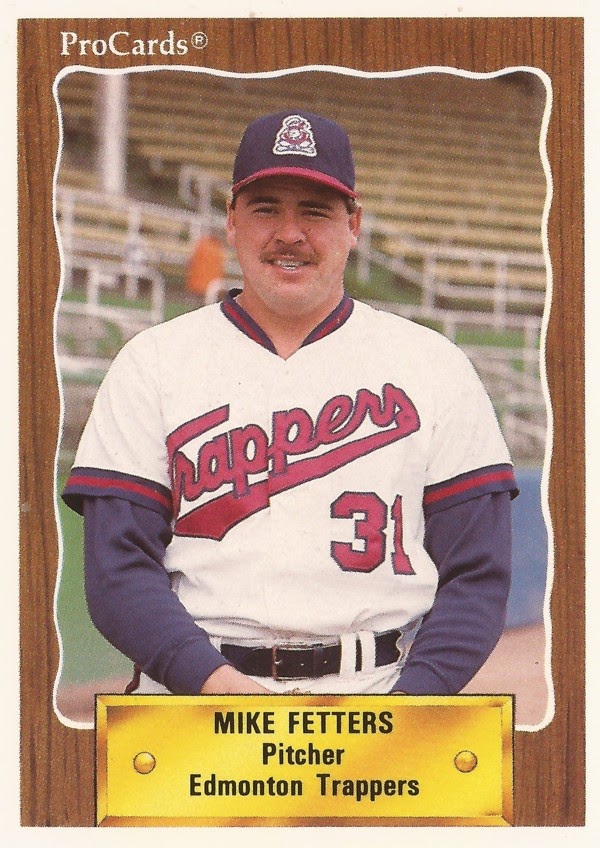 Having failed to get an Angels starting job the year before, Mike Fetters had found a home, with the Brewers. But his new home didn't have him as a starter, he was a reliever, according to The Los Angeles Times.

"I get to pitch just about every day," Fetters told The Times. "In the past, I wasn't used consistently, which makes it hard to stay sharp. The Brewers gave me the opportunity to throw."

Fetters had indeed found his home. In a career that began as a starter, Fetters would go on to a career that spanned 16 seasons, not ending until 2004, and saw Fetters pitch in a total of 620 major league contests.

Fetters' career began with the Angels, taken in the first round of the 1986 draft. Making his way through the Angels system, Fetters made his major league debut with a single appearance in September 1989.

He had been a starter through the minors, but with the Angels, he tried his hand at relieving, getting his first major league win July 7, 1990 and Times Angel of the Week honors. But in 1991, he was up for the Angels' fifth rotation spot, failing in one start to finish the second inning, The Times noted. He also failed to get the rotation spot.

Fetters stayed with the Brewers through 1997, recording 17, 22 and 32 saves from 1994 through 1996. In May 1996, he struck out Albert Belle in his prime, with two outs in the ninth inning. Belle also represented the possible go-ahead run.

"That was exciting, what you live for as a closer," Fetters told The Times. "You face one of the best hitters in the league and hopefully you come out ahead, which happened tonight."

After the Brewers, Fetters went through more than a half dozen franchises before his career ended in 2004.

A native of Hawaii, Fetters told the Honolulu Star-Bulletin in 1999 he'd hoped that year with the Orioles would be his first in the postseason. It didn't turn out that way. That'd have to wait three more years.

With the Diamondbacks in 2002, Fetters saw his one and only inning of postseason work, actually two-thirds of an inning. He gave up a hit, a walk and struck out one in a 12-2 loss to the Cardinals.

It was another blowout the previous month that saw Fetters teammate Mark Grace do his best impression of the reliever. In a 19-1 loss, the first baseman took the mound, "took an exaggerated deep breath and thrust his head toward the batter," to the amusement of both benches, The Times wrote.

It was injuries that finally forced Fetters from baseball, according to The Star-Bulletin. He'd had Tommy John surgery in 2003. He pitched in 23 games in 2004. Looking to return for 2005, he couldn't. His arm hurt too much.

“I enjoyed every aspect of the game. It sounds strange to be done at 40 — that’s ancient in baseball terms — but I still have my whole life ahead of me," he told The Sun-Bulletin.

“People ask me if I’ll miss it," he told the paper. "I tell them it would be tougher if I could still play, but I can’t because of the injury and that makes it easier to deal with.”