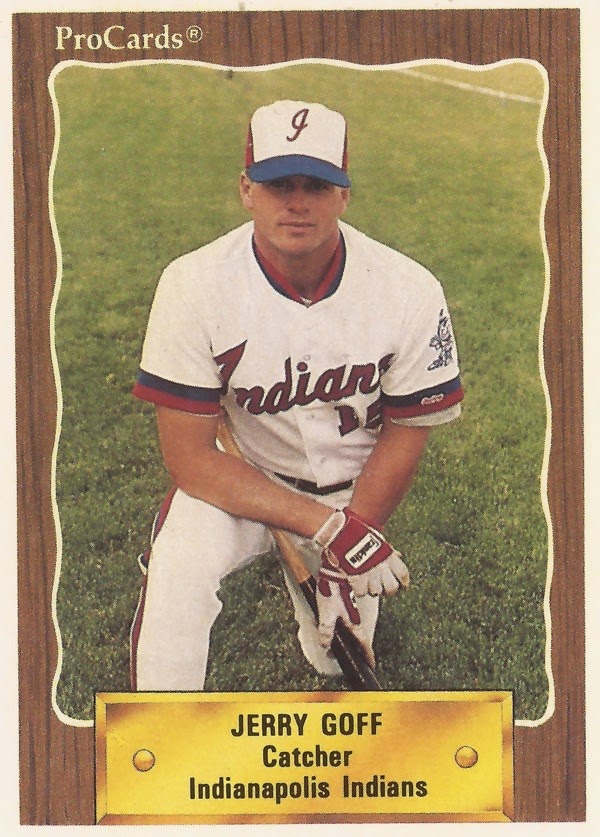 Expos manager Buck Rodgers was looking for a walk or a single from Jerry Goff, The Associated Press wrote.

"I wasn't thinking anything," Goff told The AP wrote. "It's not that I haven't dreamt it a million times, hitting a home run in the ninth inning to win a game. It just so happens that this was the day."

The catcher would go on to hit three home runs in 52 games with Montreal that year, the first of six seasons in which he would see time in the majors.

Goff's career has continued in semi-pro ball and youth coaching in his home state of California, all while starting a post-playing career as a firefighter.

Goff's professional career began in 1986, taken by the Mariners in the third round of the draft out of the University of California.

Goff played that first year at short-season Bellingham and the next at single-A Wausau. He made AA Vermont in 1988, then AAA Calgary in 1989. For 1990, he was traded to the Expos for Pat Pacillo.

With the Expos in 1990, Goff started off strong. On April 8, he had eight RBIs. The next month, he got called up to the majors.

In his 52 games for the Expos that year, Goff hit .227, with three home runs. He also couldn't match the RBI total he'd had in AAA, in that single game in April. He got just seven major league RBIs total.

Goff next made the majors in 1992, just three games and three at-bats for the Expos. He didn't get a hit. He signed for 1993 with the Pirates, getting into 14 games with Pittsburgh.

In 1994, he made the Pirates out of spring training, the first time he'd done so. For Goff, it was extra special, the opener was in San Francisco and his grandfather got to see him, The Pittsburgh Post-Gazette wrote.

"One of the reasons making the team is so special to me is because it's important to him," Goff told The Post-Gazette.

Goff's stay, though, wasn't long. He was back in the minors by the end of April, getting into just eight games. He got just two hits in 25 at-bats.

Signing with the Astros for 1995, Goff made Houston for 12 contests, knocking in the winning run in a July 7 contest. That came directly after being called up. "I was thrown right in there. I don't know anybody on the team except a couple of guys from Tucson," Goff told The AP.

His final major league playing time came in 1996, playing a single game. It was not so much notable because it would be his last game, but for the passed balls. The last passed ball marked his sixth of the game and it tied the record.

"It was ugly," Goff told The AP. "After the first one got by, I got a little tentative. It just snowballed from there."

Goff's professional days ended in 1997, playing independent ball in Amarillo. By 2001, Goff was serving as a firefighter, but still playing. He was playing semipro ball for the Novato Knicks in Marin County, Ca, according to The San Francisco Chronicle.

In 2008, Goff was coaching in Babe Ruth, taking his team to the state tournament in Eureka, according to The Marin Independent Journal.

"It's such a great experience for the kids," Goff told The Independent Journal. "These are lifelong memories that they're making. To travel all the way up to Eureka, and you stay as long as you keep winning, it doesn't get much better. Twenty years from now when these guys see each other I'll bet that will be one of the topics of the conversation."