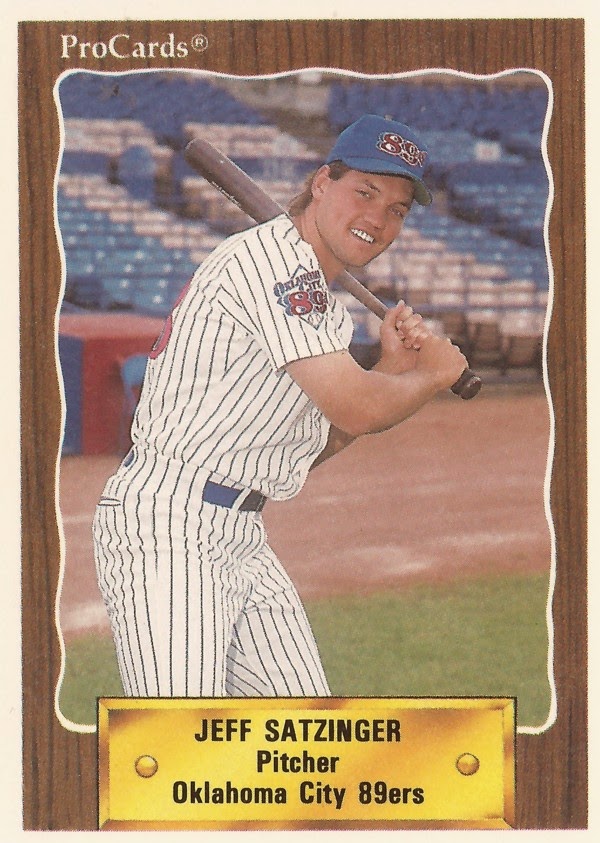 He did so, a teammate told The Orlando Sentinel afterward, through an errant pitch that hit the opposing batter, sparking a brawl.

''The brawl helped us because we were down at the time,'' teammate Terry Jorgensen told The Sentinel. ''We weren't enthusiastic, and it seemed we were just going through the motions.''

While Satzinger helped spark his AA team that day in 1989, he never was able to help spark a team in the majors. Satzinger pitched professionally for eight seasons, making it as high as AAA, but never made the majors.

Satzinger's career in 1983, taken by the Pirates in the eighth round of the draft out of Coon Rapids High School in Minnesota.

Satzinger played that first year in the rookie Gulf Coast League, moving to short-season Watertown in 1984. He continued with the Pirates at single-A through 1986, playing at Macon. All the while Satzinger served as a starter.

For 1987, Satzinger remained in single-A. But he moved to the system of his home state Twins and turned reliever. After a season at Kenosha, where he posted a 3.87 ERA, Satzinger made it to AA for the first time, at Orlando.

In spring 1988, Satzinger got playing time, pitching a scoreless inning in mid-March before being sent to Orlando. With Orlando, Satzinger's ERA increased to 5.46 in 56 outings. Satzinger, though, worked out of a bases-loaded jam in June.

Satzinger returned to Orlando for 1989, with a slightly improved ERA of 4.57. He also picked up eight saves, his final save a two-inning outing in late August.

Satzinger made it to AAA for the first and only time in 1990, moving to the Rangers system. At AAA Oklahoma City, Satzinger posted a 5.13 ERA in 23 outings before being traded mid-year to the Braves. With the Braves, Satzinger returned to AA, at Greenville, ending his career.

Satzinger has gone on to continue his involvement in baseball, though. In 2002, Satzinger was one of several former players to work with former Twin Dan Gladden on a baseball camp. More recently, Satzinger is listed in 2014 as a coach working with young players with Boyceball Baseball Training in Minnesota.