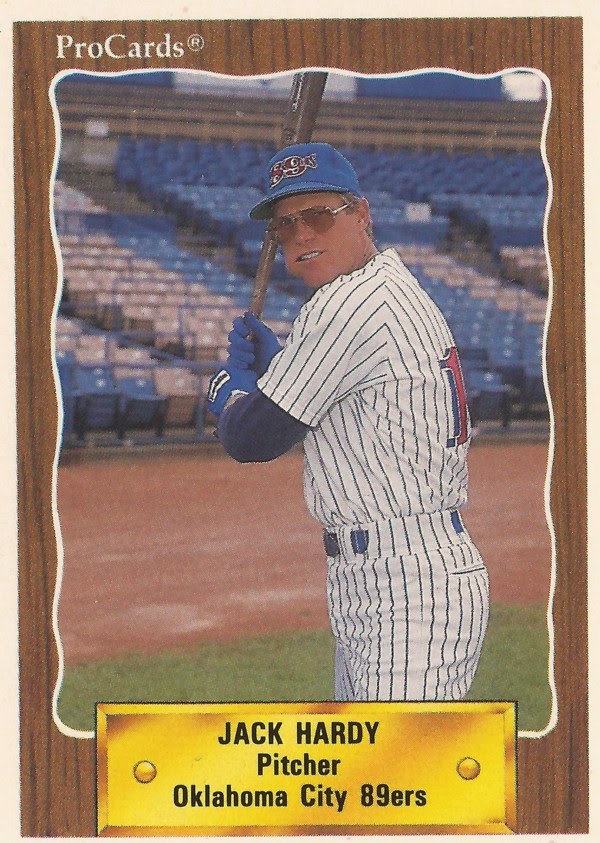 Gearing up for a big game against the University of Miami in 1978, Biscayne College coach Red Berry wanted to make sure his starting pitcher Jack Hardy got his sleep, The Miami News wrote.

"I will," Hardy told The News of that conversation, "I'll go to sleep right after I get off work."

Hardy worked then at a local supermarket, The News wrote. By 1981, and for the next decade, Hardy worked at another job, as a professional baseball player.

Hardy's professional career began that year in 1981, taken by the White Sox in the 21st round of the draft, out of Biscayne.

He played that first year in the rookie Gulf Coast League, going 8-2, with a 2.35 ERA. In one late-August outing, Hardy went eight innings, striking out 10.

For 1982, Hardy made the jump to AA Glens Falls, picking up 11 wins to 8 losses. He even got a one-game look at AAA Edmonton.

A stint on the disabled list shortened Hardy's 1983 season. He came back in early August, going six innings for a win.

Hardy's first extended look at AAA didn't come until 1986, with 21 relief outings at Buffalo. His first full season there came in 1988, at AAA Vancouver.

Then, in May 1989, Hardy got his first and only look at the majors. Called up to the White Sox, Hardy got into five games in relief, totaling 12.1 innings. He gave up nine earned runs.

Hardy played just one more season. In 1990, he signed with the Rangers, playing the year at AAA Oklahoma City, ending his career.